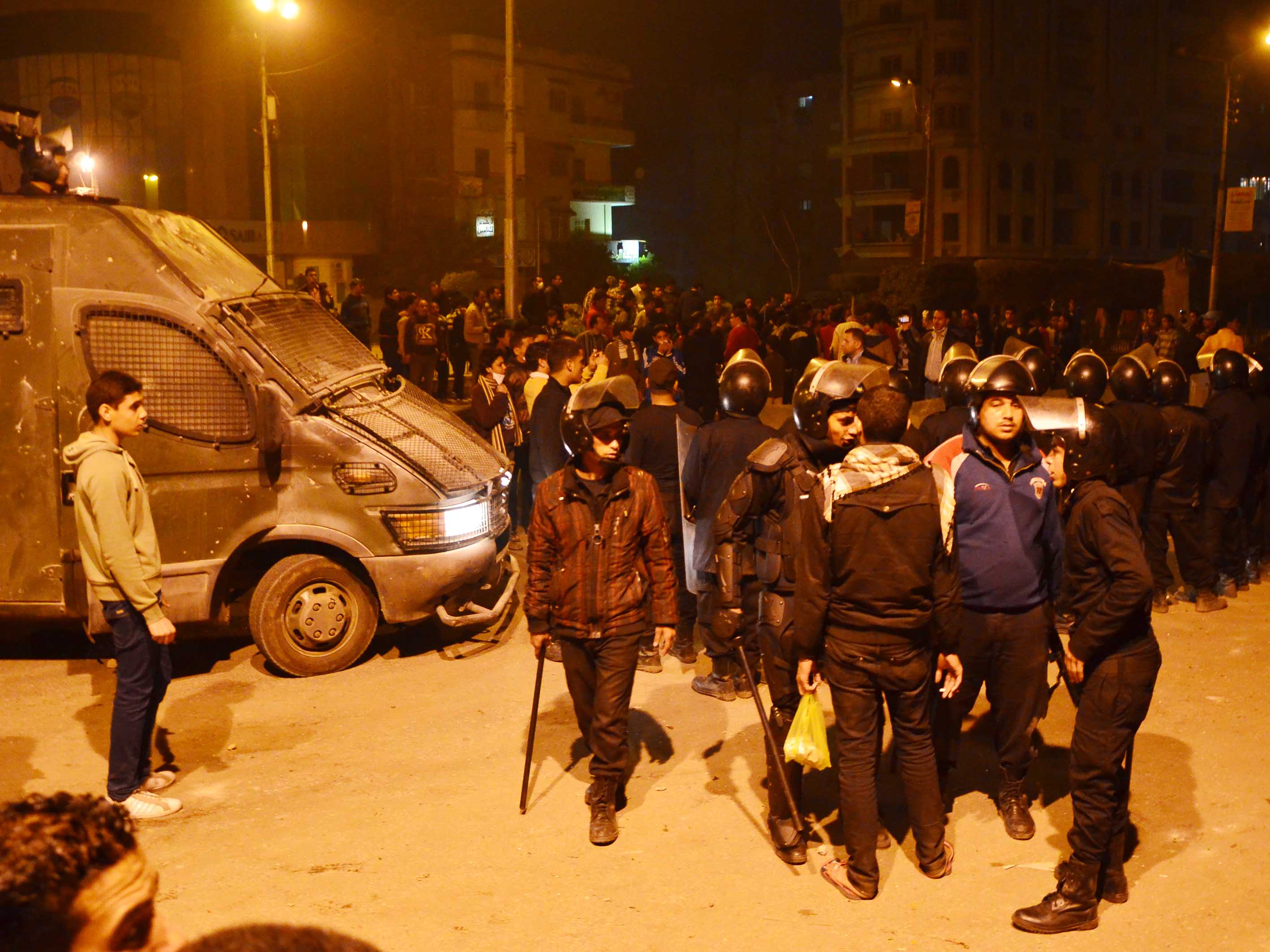 The Egyptian Centre for Economic and Social Rights (ECESR) released a report on Saturday regarding the violent clashes in Mansoura in February.

The report was prepared by an ECESR fact-finding mission sent to Mansoura to investigate the clashes, which started on 24 February and lasted for eight days.

The report, titled “Between the Hammer of the Brotherhood Militias and the Anvil of the Interior Ministry”, listed the names of 127 detainees who were arrested during the clashes.

“The report is realistic because the investigators were eyewitnesses; they monitored the events in Mansoura for more than six days,” said human rights lawyer Amr Imam.

On 24 February protesters gathered in front of the governorate building in response to calls for civil disobedience. Governorate employees participated in the disobedience and security allegedly promised not to intervene if the protesters stayed clear of the building and refrained from blocking roads.

On 25 February civilians who allegedly belong to the Muslim Brotherhood and its political arm the Freedom and Justice Party (FJP) attacked the protesters in an attempt to disperse them.

The perpetrators surrounded the governorate building and pelted protesters with stones; eyewitnesses told the investigators that the assailants attacked journalists and women, particularly women who were not wearing veils.

The protesters responded with stones and the security forces fired rubber bullets in the air. Several injuries were recorded.

“With the security attacks getting more violent, more protesters headed to the building that includes the headquarters of several political parties… the Popular Socialist Alliance, the Egyptian Socialist party, Al-Karama and the Popular Current all opened their doors for protesters, except for Al-Wasat Party, which was shut down to protesters,” the report stated.

Clashes escalated on 1 March when Central Security Forces (CSF) attacked a march protesting assaults on female protesters. CSF members used teargas and armoured vehicles to subdue protesters, leading to the death of Houssam El-Din Abdallah who was run over by an armoured vehicle.

Abdallah’s death fuelled further anger. Protesters threw Molotov cocktails at police vehicles and the police responded with live ammunition, according to eyewitnesses and activists interviewed by the investigators.

The CSF officer who ran over Abdallah was released pending investigation after paying bail.

Clashes continued on the day of Abdallah’s funeral and until 5 March, when the CSF withdrew after demanding to be excluded from the political scene.