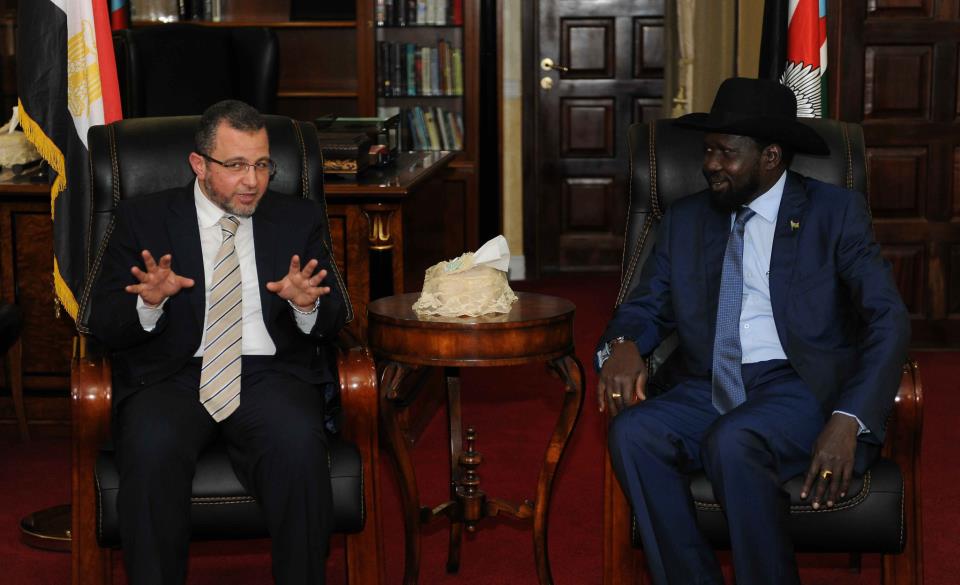 Egypt has signed five memoranda of understanding with South Sudan in the healthcare, livestock and agriculture sectors, confirmed Prime Minister Hesham Qandil during a press conference in Cairo on Friday, following his one-day visit to the country.

“The Republic of South Sudan is a key player in the region and we want to maintain a strong relationship with them, by investing in it and be part of its nation building process,” Qandil said.

He added that he hoped South Sudan would play an important role to help return the Nile basin countries to the negotiation table.

During Qandil’s visit to the South Sudanese capital Juba, South Sudan’s vice president, Riek Machar, affirmed the importance of these agreements for the two countries’ economies.

South Sudanese President Salva Kiir welcomed the Egyptian delegation and stressed that “all doors of investments in South Sudan are open to Egyptian businessmen”.

Qandil affirmed that Egypt will support stabilisation efforts in the region, saying that Egypt is keen on developing South Sudan through tripartite agreements.

The Egyptian Minister of Foreign Affairs, Mohamed Kamal Amr said that “the Egyptian visit to South Sudan is an important and timely visit.” Amr also mentioned that Egypt intended to help South Sudan in many sectors such as healthcare and education.