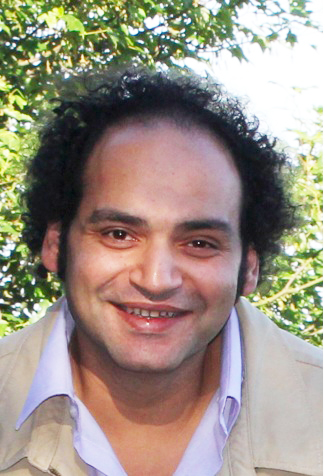 In January 2011, those who were protesting in Tahrir Square kept a careful eye on world leaders, hoping to hear a message of support for the revolution or a message of pressure to the Mubarak regime. The United States and Western Europe found themselves in a very difficult position.

On one hand, their long-time ally Hosni Mubarak has been more than useful and has safely guarded Western interests in the region. On the other hand, the young voices that chanted from the square represented all the principles that the West tries to promote.

The call was indeed difficult and Western countries had to make it one case at a time. There were three main types of Western response: open support of the revolution, open support of the regime, and a third model that conservatively waited till things were clear before declaring its support. That’s why the Western response was so different from one place to the other.

In Libya it was open support of the revolution from day one. In Bahrain, it was open support for the regime refusing the idea of change in the Gulf. And finally in Egypt, the West waited till it was clear that Mubarak is stepping out of the picture.

The West did not respond to the Arab Spring based on the principles the West believes in or the pursuit of democracy and equality; the case of Bahrain proves that the West responded on the basis of its interests and the best way to protect them. And on this basis the response to the Egyptian revolution was made and the West supported the revolution after 18 days of skepticism towards the extent of change the youth in Tahrir were capable of. Europe was a lot faster than America in showing their support to Egypt.

European interests in Egypt remain the same and have not changed. Europe is interested in a stable regional order in the Middle East that respects the status quo, which Egypt has worked hard to maintain. Europe is also interested in fighting radical Islam, which has threatened the security of Europe more than once since 9/11. It is indeed in the European interest to ensure that Muslim radicals are kept far from decision-making positions.

Finally, Europe has a clear interest in combating illegal immigration. European parliaments discussed their immigration laws over and over again. In fact, the position on immigration has been one of the issues that influenced election results in Europe. Europeans believe that due to the terrible living conditions in North Africa, a lot of Arabs and Africans decide to immigrate to Europe. Egypt and Libya were the main ports for illegal immigration in the Arab World.

Therefore, Europe has decided to aid in democratising the Arab World to try and reduce the yearly waves of immigrants that pour into Europe from North Africa.

Americans, on the other hand, have a completely different set of interests in Egypt and in the region. The U.S sees Egypt as a necessary element of Israel’s security; therefore, whatever regime is ruling Egypt, Americans would always ensure that the regime does not jeopardise Israel’s security.

In addition to Israel, the U.S has an interest in fighting radical Islam that breeds terrorism. But unlike the Europeans, Americans would rather have the Islamists normalised instead of kept away from decision-making processes. The U.S rationale is that Islamists turn violent because they cannot find an opening in the system to allow them to exist in a non-violent way. Hence, Islamists need to be empowered to avoid radicalisation.

Therefore, Europe has an interest in implementing democracy in the Arab World while the U.S simply wants to ensure the status quo and prevent Islamists from turning into terrorists. The extent of democratisation does not matter to the U.S as long as American interests are kept safe.

Since February 2011, I have participated in many workshops and conferences in different European countries. Wherever I go I am asked the same question: what can Europe do to support Egypt? Financial grants and direct investment are definitely of great help, but mere financial support is not enough.

European interests in a democratic Egypt need to be demonstrated through supporting new political institutions. Empowering political parties and movements is necessary. At the same time, financing think tanks and research centres is very important. The chances for democracy are enhanced with more production of knowledge.

Finally, all this aid must be linked to the actual process of change on the ground. There is absolutely no reason to support and finance a country with an authoritarian dictatorship-like regime. The more steps Egypt takes towards democratisation, the more aid it will receive from Europe.

However, with President Morsi’s performance and the Muslim Brotherhood’s power monopoly, there is little hope that democratisation will actually take place. Europe will eventually turn its back on Egypt, and it will be the responsibility of the Muslim Brotherhood to obtain the same resources Europe used to contribute through the United States or Qatar. The Brotherhood does not turn down money, but what it can offer in return is not democratic change, but a promise to maintain the status quo.

The defects in Egypt’s decision-making processes