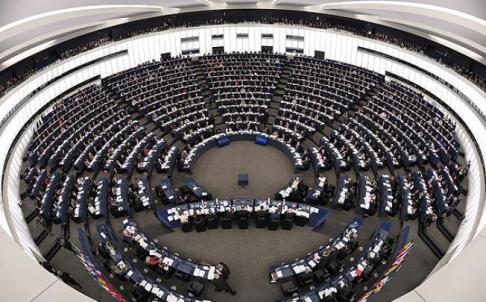 The European Parliament (EP) passed a resolution on Thursday mandating the withholding of funds to Egypt until the government carries out democratic reforms.

Members of the EP (MEPs) called for conditions to be imposed on the European Union’s budget support to Egypt. They requested democratic reforms, respect for human rights, and social freedom.

MEPs said that the European Union should follow the “more for more” principal regarding aid to Egypt, which is worth approximately EUR 5bn.

The EP also called for suspending the death penalty in Egypt, starting with the death sentence handed to 21 defendants in the Port Said Massacre case.

A press release by the parliament expressed concern over the rising rates of violence in Egypt, especially against women.

“MEPs are deeply concerned about the increasing polarisation and continued violence in Egypt. They are especially alarmed by the rise in violence against women, in particular female protesters and women’s rights activists, and stress that the perpetrators must be brought to justice,” the press release stated.

They also called for abolishing laws allowing unrestricted violence by security forces and police against civilians.

MEPs advised the Egyptian Government to use the time remaining before the parliamentary elections that were recently suspended to “set up an inclusive political process based on consensus”.

“We don’t accept interference in our judicial system, not just the brotherhood rejects it but all Egyptians” said Freedom and Justice Party Spokesperson Mourad Aly referring the call to abolish the death penalty.

He added that what the parliament said about democracy in Egypt was no more than “general talk.”

“These are just discussions of the parliament and we can’t comment on that” Aly said.

Also included in their resolution, MEPs stated that EU countries should help Egypt regain the state assets stolen by the former regime. They added that returning assets would be a symbol of the strong relationship between the EU and Egypt.

The European Union High Representative for Foreign Affairs and Security Policy Catherine Ashton had delivered a speech to the European Parliament where she addressed key challenges that face Egypt. She stressed economic deficits, the political divide, and widespread violence as Egypt’s most pressing problems.