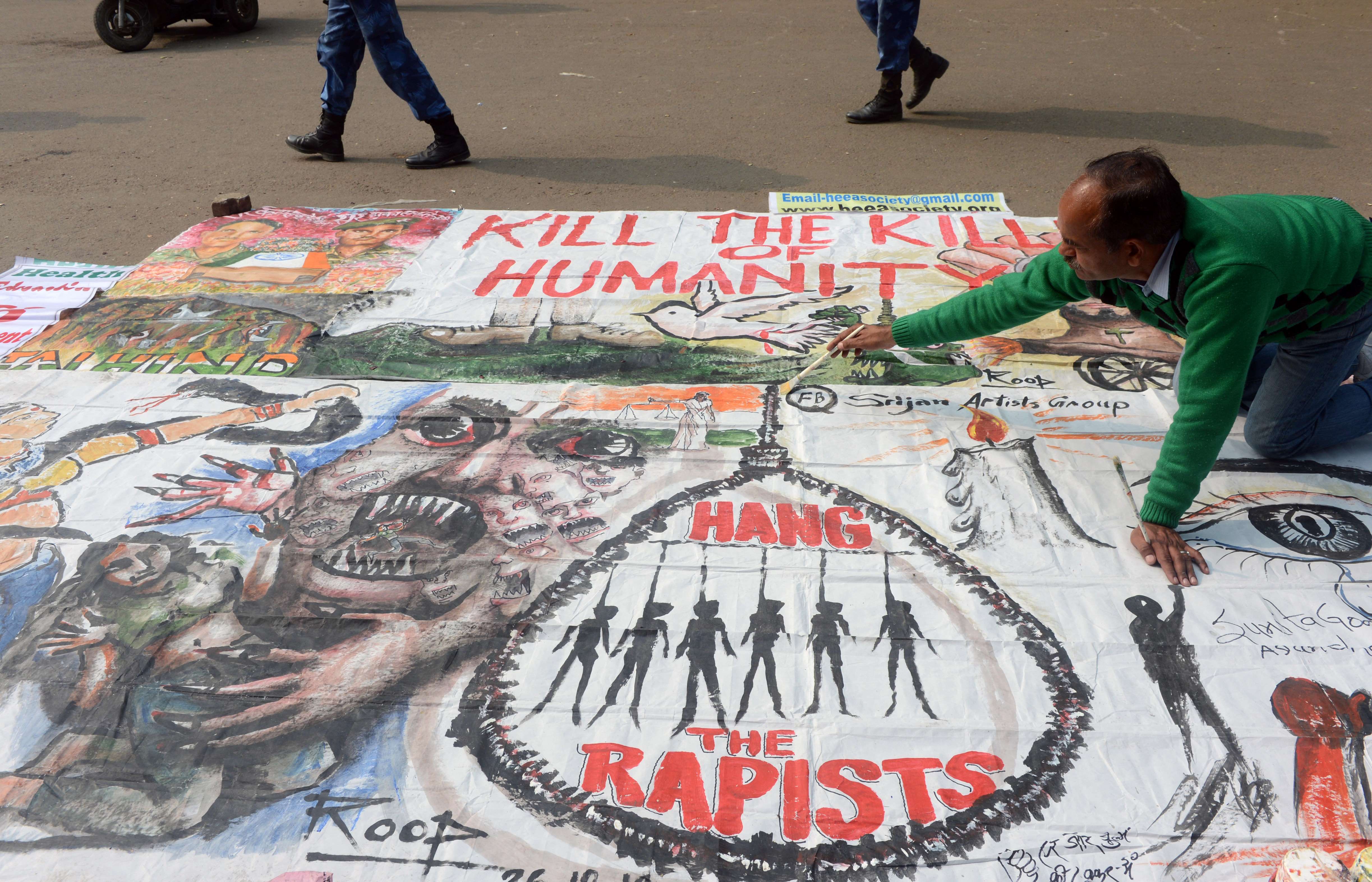 (AFP) – A Swiss female tourist was gang-raped in central India in front of her husband, police said Saturday, renewing the focus on the issue of sexual violence against women in the South Asian nation.

The woman was on a cycling trip with her husband in impoverished Madhya Pradesh state, when seven to eight men attacked the couple on Friday night while they were camping, sexually assaulting the woman and robbing the pair, police said.

The attackers “tied up the man and raped the woman in his presence”, local police official S.M. Afzal told AFP, adding that they stole 10,000 rupees ($185) and a mobile phone from the woman.

The attack comes just months after thousands took to the streets to protest against India’s treatment of women following the fatal gang-rape of a 23-year-old student on a bus in New Delhi in December.

“We are deeply shocked by this tragic incident suffered by a Swiss citizen and her partner in India,” the Swiss foreign ministry in Bern said in a statement.

The Swiss ministry said its diplomats in India were in contact with local authorities and that it hoped the attackers would be “swiftly identified and would appear before a court to answer for their actions”.

The couple were on their way to the tourist destination of Agra, home to the iconic Taj Mahal monument, in northern India when they stopped to camp for the night.

“The victims, who belong to Switzerland, put up a tent to stay overnight” in a forested area when the attack occurred, Afzal said.

Indian media reports said the men were wielding sticks when they attacked the couple.

The woman was released later in the day from hospital, local media reports said.

Dhodee told AFP that police were still investigating the case but added that “a rape case has been registered against seven unidentified people”.

Reacting to the attack, the state’s opposition leader Ajay Singh said it “had brought a bad name to Madhya Pradesh at the international level”.

In 2003, a 36-year-old female Swiss diplomat was abducted in the car park of a popular New Delhi auditorium, driven away by two men and raped. She was freed later nearby. No one has been convicted for that attack.

Concern remains high in India over the safety and status of women and girls in the country of 1.2 billion.

The national Congress-led government has been under heavy pressure to step up legal protection for India’s women following the December attack on the student who died from internal injuries after being savagely assaulted by six men.

Last Monday, Ram Singh, one of six accused on trial over the December assault was found hanged in his high-security jail cell in New Delhi. Police suspect he hanged himself, but his family says he was murdered.

Under a new bill approved by India’s cabinet earlier in the week, rapists face a minimum 20-year jail term and the death penalty if the victim dies from her injuries or is left in a persistent vegetative state.

Rape is one aspect of a wide range of violence, including domestic assaults, against women in India that claims many thousands of lives each year, according to rights workers.

According to government crime statistics, one woman is raped every 20 minutes inIndia, but most incidents go unreported, mainly due to the victims’ fear of being stigmatised in the sexually conservative nation.