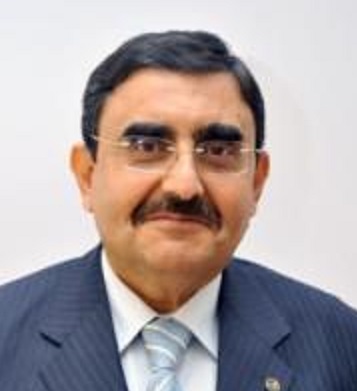 Egypt is keen to realise the goals of its revolution, said Presidential Advisor for Foreign Affairs Essam Al-Haddad in a speech on Saturday.

The presidential advisor gave a keynote address at the Trilateral Commission in Berlin, stressing the importance of a balanced relationship between the military and the government’s civil branches, lauding the Egyptian military’s role in the country following the revolution, reported state-owned news agency MENA.

Al-Haddad also said corruption continued to be a serious challenge, along with human rights violations that persist during the country’s democratic transition.

The advisor then turned his attention to enemies of the state, members of the former regime, and “some parties”, blaming them for working with the media in an attempt to discredit the revolution and its goals.

Despite these challenges, claimed Al-Haddad, Egypt has managed to hold numerous democratic polls and pass a constitution that upheld the rights and freedoms of citizens. He defended the status of religious minorities in Egypt by pointing to Article 3 of the constitution, which respects practicing Jews and Christians and gives their institutions autonomy.

He also highlighted the current economic difficulties, especially unemployment and the budget deficit, and affirmed Egypt’s priority is to reach of an agreement with the International Monetary Fund and to improve tourism to Egypt.

The session called by the Trilateral Commission focused on the Arab Spring and was held at the German parliament.

Earlier this week, Al-Haddad met with Japan’s deputy minister of foreign affairs and confirmed that President Mohamed Morsi would travel to Tokyo and attend the Tokyo International Conference on African Development in June. The two also discussed economic ties and Japanese investment in Egypt, according to a statement from Al-Haddad’s office.

He also met with British Foreign Office Minister for the Middle East Alistair Burt on 13 March to discuss regional issues.