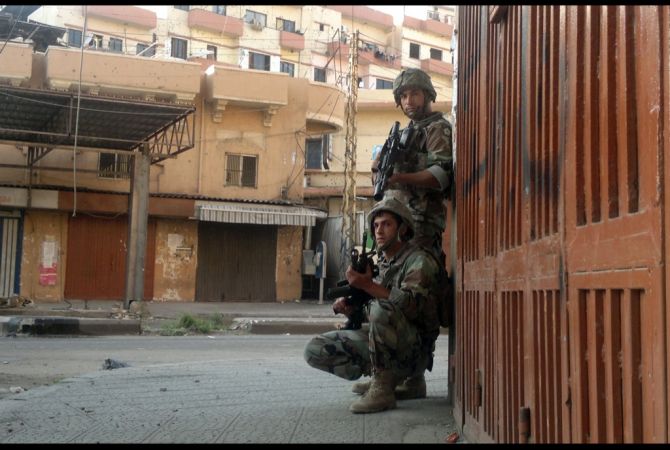 (AFP) – Lebanon and Jordan are playing with fire by allowing  jihadists and weapons to pass across their borders into Syria, the Syrian government daily Al-Thawra warned on Sunday.

“The fire of terrorism will consume not only Syria, but could spread to Lebanon and Jordan, particularly if these two countries intervene in the situation in Syria, ignoring the flow of armed men and weapons from their territory, or by participating directly in the conspiracy against Syria,” the newspaper said.

“Jordan has opened its borders in recent days (allowing) passage of jihadists… whereas before it was satisfied with just facilitating the movement of elements trained on its territory by US intelligence,” it added.

“As for Lebanon, it is closing its eyes to the trafficking of weapons to Syria, led by elements that are not part of the government.”

On Friday, a security source in Damascus criticised Jordan, saying the kingdom has “opened its borders and is allowing to cross over (into Syria) jihadists and Croatian weapons bought by Saudi Arabia.”

“This can only intensify the conflict and cause more casualties,” the source told AFP in Beirut on condition of anonymity.

“There’s been a change of attitude because up until now, Jordan had imposed strict controls on its border to prevent the passage of terrorists and weapons,” said the source, blaming “pressure by countries that are hostile to Syria” for the change.

And on Thursday, Syria’s foreign ministry warned that it would retaliate if Lebanon continued to allow “armed terrorist gangs” to infiltrate.

“Syrian forces are showing restraint by not striking these gangs inside Lebanese territory to prevent them crossing into Syria, but this will not go on indefinitely,” it said in a message to its Lebanese counterpart.

Beirut has officially pledged neutrality in the violence engulfing its neighbour, but has found itself increasingly embroiled in the civil war.

Lebanon’s opposition backs the revolt, which entered its third year on Friday, while the Shiite Hezbollah and its allies stand by the Syrian regime.

Violence has already spilled over into Lebanon on several occasions, causing fatalities, and on Thursday the UN Security Council expressed “grave concern” about cross-border attacks.