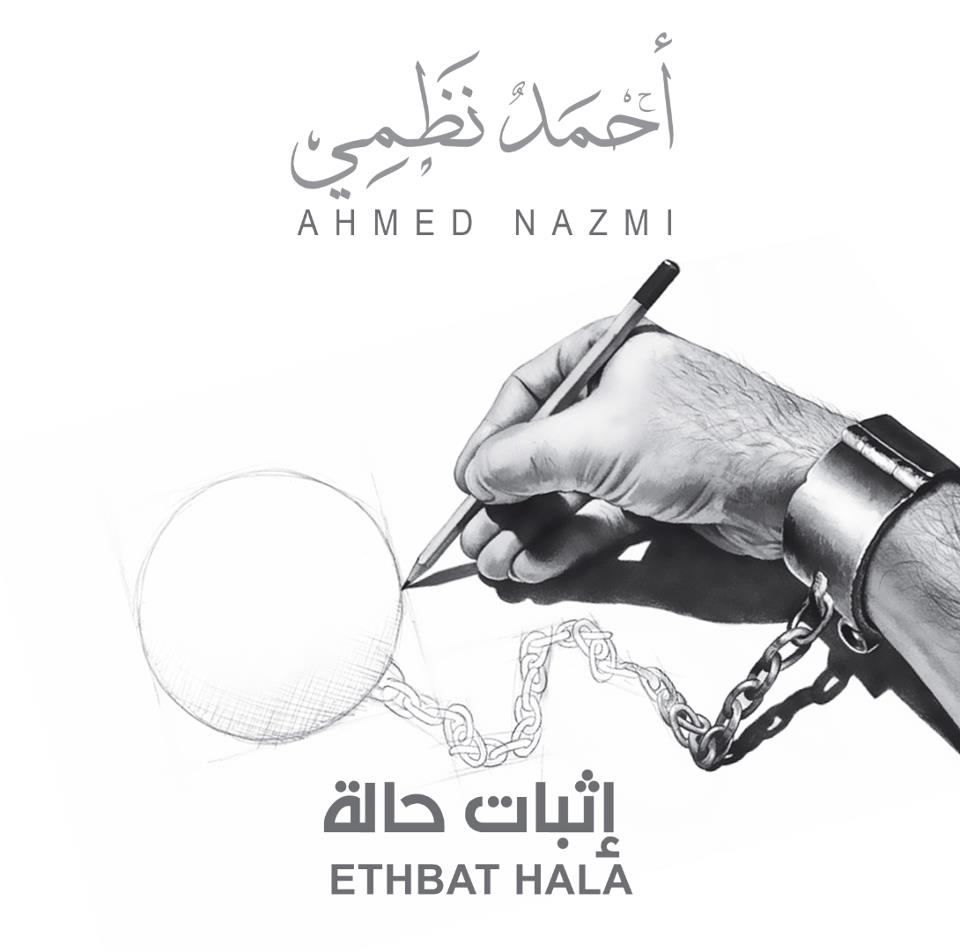 Ahmed Nazmi will release his first solo album Ethbat Hala (Stating a Condition) on Sunday 17 March at the Cairo Jazz Club. The renowned Egyptian bassist presents a lavish journey through this ethnic jazz album. Nazmi has been known as the jazz bassist with the spot-on funky grooves. Listening to his record, one gets exposed to a different musical direction that he enchantingly introduces through the first track, It’s a Long Story.

The bass and saxophone melodies of the duet track calmly guide you into a deep sea of emotional expression. In Ethbat Hala, Nazmi manages to creatively blend oriental melodies with modern jazz theory.

This is not only presented through musical arrangement, but also throughout his bass solos. The change in direction was not intended, Nazmi said. “I followed my heart and I just did that.” He added that he has changed as a person, which is reflected in his music. “I am stating the change that happened within me,” said Nazmi, referring to the album’s title.

Nazmi’s tone, along with the melody in It’s a Long Story, sounds very much like that of an ethnic singer. The extent of a near human character in his tone stimulates the listener to be very interested in what the rest of the album has to say. Though it is an instrumental song, the track is like a deep conversation between Nazmi and saxophonist Basel Rajoub. “This track was recorded in just one take, without any edits,” said Nazmi.

The second track, called Ana Bahlam (I am dreaming), starts with a harmony leading to the next phase of this exotic art experience. Accordion melodies by Wael El-Sayed are embraced by progressive harmonies and rhythmic accompaniment. The entrancing keyboard-like pads crawling around Nazmi’s bass line on the following track creates an ambience that fits the song’s title, Ta’amol (Contemplation).

The sounds are not actually from a keyboard; they are generated by Nazmi on his bass. “I connected my bass to a volume pedal and a looper,” he said, saying it was Rajoub’s idea. Recording layers of notes on top of each other, Nazmi was able to create the synthesised chords and effects present on the album, except for Ana Bahlam. On Ana Bahlam he connected his bass to a Roland V-Bass processor through which he played with a guitar sound. This, along with playing around with delay effects created the synthesiser accompaniments on this track.

Horreya (Freedom) is the title of the fourth track on the album, which delivers a progressive sound of Egyptian music. Listening to this fascinating composition and the spectacular performance of the featured artists, a unison suddenly leads to Nazmi’s solo. As much as it is marked by his recognisable style, the solo cleverly incorporates oriental scales with it as well. Nazmi features another bassist on the album, Andre Segone on tracks five and six, who plays the double bass.

Aatared (I Object) begins with a funky bass line, but what is innovative about this track is that the groove is played on an oriental scale called bayati. The intertwining bass and drum lines in the track A Conversation with Myself accompany a traditional singing style called mawwal sung by Mordy Hassan.

The last track on the album, Elly Sarr (What Happened), starts with a heart-stirring saxophone melody by Rajoub. Nazmi’s bass responds sensitively to the saxophone’s call, and it feels as if the bass melody stimulates an interactive scene of complaints and soothing advice. Elly Sarr is a rearranged version of the track originally composed by Sayed Darwish, a well-known Egyptian artist. Featuring Sherine Abdo on vocals, the song presents a beautiful contrast between her inviting voice and the jazzy harmonies accompanying the vocal line.

With each track carrying a story of its own, the album’s cover carries a message. “We are the ones who put limitations to ourselves and imagine that we cannot do anything,” said Nazmi, adding, “We get trapped in our own illusions that are made by our minds. Follow the heart and do something.”

Supported by The Arab Fund for Arts and Culture, Ethbat Hala features great artists like drummers Mohamed Ra’fat, Ahmed Hisham, and Babak Madah; Mizo Gamal on djembe and percussion; Ayman Mabrouk playing the frame drum and req; and trumpeter Mohamed Sawwah. The album’s release show at the Cairo Jazz Club will be followed by another one on Tuesday 19 March at Makan and Friday 22 March at 100 Copies in Downtown Cairo.

Jazzy celebrates the past year with Tawasol