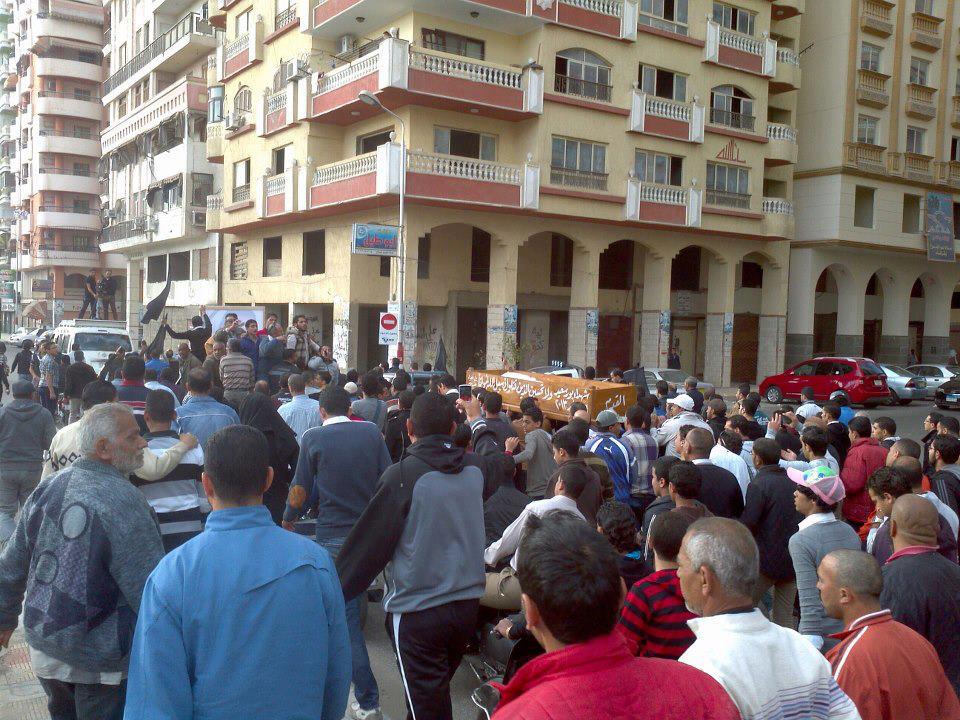 On Sunday, residents of Port Said laid to rest the most recent victim of violence in the city.

Mahmoud Farouq, 24, died in Al-Ahrar Hospital in Zagazig on Saturday, according to state-owned Al-Ahram. Farouq was hit in the head with a teargas canister and sustained a severe skull fracture and internal bleeding in the brain.

Activist Mahmoud Qandil confirmed that the situation in the major port city has remained relatively calm since police withdrew and were replaced by the Egyptian army, which is still in charge of maintaining security.

Violence swept across the city on 26 January when 21 defendants were sentenced to death in a case investigating the death of 74 football fans at Port Said Stadium in February 2012. Continued clashes between the police and the city’s residents left dozens dead.

The army took control of the city following the deadly clashes and President Mohamed Morsi declared a state of emergency in the governorates of Port Said, Suez, and Ismailia.

Citizens in the city began a campaign of civil disobedience against “injustices” endured by Port Said on 17 February with the support of groups including the city’s Ultras Green Eagles and political opposition groups.