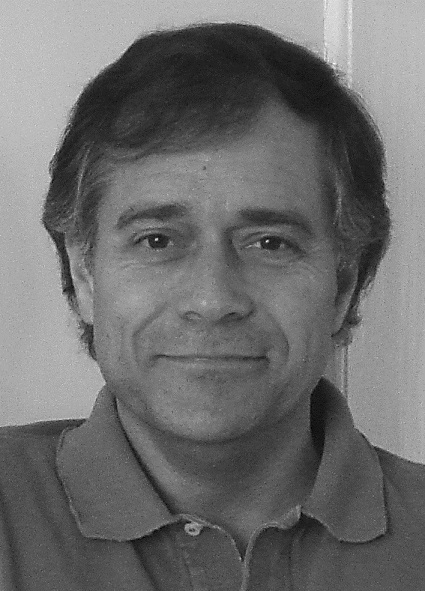 The Sinai is a beautiful peninsula piece of desert situated between the mainland of Egypt on one side and the Red Sea and Israel on the other side. It is known for its tourist attractions in the south like the St. Catherine’s monastery at the foot of Mount Sinai and the numerous exceptional diving sites at Nuweiba, Dahab or Sharm El-Sheikh.

Many tourists visit the South Sinai for holidays and marvel at the beauty. But little do they know that only a few hundred kilometres further north human tragedies of an unbelievable volume are happening daily – which can cost an 8 year old girl her family and her sanity.

For years with the knowledge, and some suspect the consent, of the Egyptian government, human trafficking has been going on in the north-eastern part of the Sinai with Bedouins from the Rashaida tribe holding human refugees hostage, demanding unbelievable sums of money for their release.

The hostages, mainly from Eritrea but also from Ethiopia and Sudan, are often kidnapped in South Sudan after fleeing their violent countries; some kidnapped even from the UNHCR refugee camps in the region, then transported to the Sinai where they are held in underground locations or buildings housing up to 100 people. They are subjected to unspeakable torture as the kidnappers try to press ransom money from the hostages’ relatives. For this purpose the kidnappers hand cell phones to the hostages and force them to call their relatives at home or overseas, begging for enormous sums of money that can reach $50,000 per person.

To make sure the relatives understand the urgency of the matter, the kidnappers torture the victims while they are talking on the phone by beating them or dropping melting plastic on their naked bodies. Other hostages are beaten, burnt or even raped in the background to produce the right noise level to intimidate the hostages’ relatives.

After such horrible phone calls not only are the hostages badly injured and traumatised, their relatives are frightened too and seek to do anything to get their family members out of the hands of these brutal gangsters. This the kidnappers know and have therefore scaled up the brutality to an extent that is barely possible to believe or describe. The hostages are brutally beaten, burnt, hung up by their feet or hands for days, raped with plastic pipes or even, in the case of the women, hot iron rods.

Eric Schwarzt, until 2011 US Assistant Secretary of State for Population, Refugees and Migration, has worked on human rights issues for more than 25 years. But, he says: “I have rarely if ever heard about abuses as dreadful as those perpetrated against migrants by theses smugglers.”

These abuses are the bitter reality for 8 year old Ahlam, an Eritrean girl currently held hostage in the Sinai with her father and mother. They all have been subjected to heavy beatings and witnessed the brutal killings of other hostages in the last days. The kidnappers demand $40,000 ransom to be paid this week or they will take bitter revenge.

The father will be beaten, as has happened before; the kidnappers have announced that the mother will be publically gang-raped by other hostages. Forced gang-rapes of female hostages performed by male hostages at gunpoint occur frequently at these camps. There is no doubt that the mother will be subjected to this horrific crime. To top it all, however, the kidnappers have announced that, should the ransom not be paid in time, they will sell 8 year old Ahlam to other kidnapping gangs and remove her from her parents for ever.

Ahlam knows this, as do her parents. In a telephone call on 12 March to the Swedish-Eritrean radio journalist Meron Estefanos, who is in phone contact with the hostages and tries to connect to family who can provide help, both the scared father of Ahlam and the girl herself have spoken of the horrors that await them in the Sinai if the ransom money is not paid.

Ahlam said how frightened she was as two male hostages had been brutally murdered that day in front of her eyes, and in response to her crying the kidnappers had grabbed and beaten her. The girl was terrified when she spoke of the kidnappers’ announcement to sell her off to other Bedouin gangs.

Estefanos, and others engaged in trying to help the horribly abused and often mutilated hostages in the Sinai, started a donation campaign on the internet to raise the ransom money so that Ahlam could be saved. Around $15,000 has been raised, and further money was collected from Eritreans abroad. Whether this will be enough to put the gang-rape of the mother and the selling of Ahlam to other criminals on hold is hard to tell.

It must be feared that the kidnappers will do at least one or the other to heighten the pressure on those that try to raise money for Ahlam and her parents to be released. More than once the demanded ransom was paid but the hostages were not given freedom but passed on to other kidnappers who in turn started to demand money, saying that they would kill the hostages. No one can say what this week will bring for Ahlam and her parents.

Despite the fact that the human trafficking and the horrific abuses of thousands of hostages has been going on for years, is well documented and known, no Egyptian government to this day has made any attempt to secure the freedom of the people who suffer unbelievably at the hands of these brutal gangs.

The reasons for this are speculated upon, but no official indication has ever been given why human rights violations on such a scale are allowed to go on daily in the Sinai, although the location of the hostages and their kidnappers is known to the police. The fact is that there is no hope of any intervention by the army or security forces on behalf of Ahlam, her parents and the many hostages held captive with them in the Sinai desert. No one will come to their rescue. Their fate is sealed.

As we go to bed tonight looking forward to a bright tomorrow, 8 year old Ahlam and her parents will not be able to close their eyes, shivering with fear in the knowledge of the horrors that will await them. And they know the horrors will come.

Now you know too.

The original telephone conversation between Merano Estefanos and Ahlam and her parents this week. Listen/read to know what will happen tomorrow in the Sinai, the piece of land everyone loves so much:

Article was first published on www.jonamorem.blogspot.com

Editor’s note: Forth paragraph changed since publication to say that the hostages are often kidnapped in South Sudan, as the author originally intended.