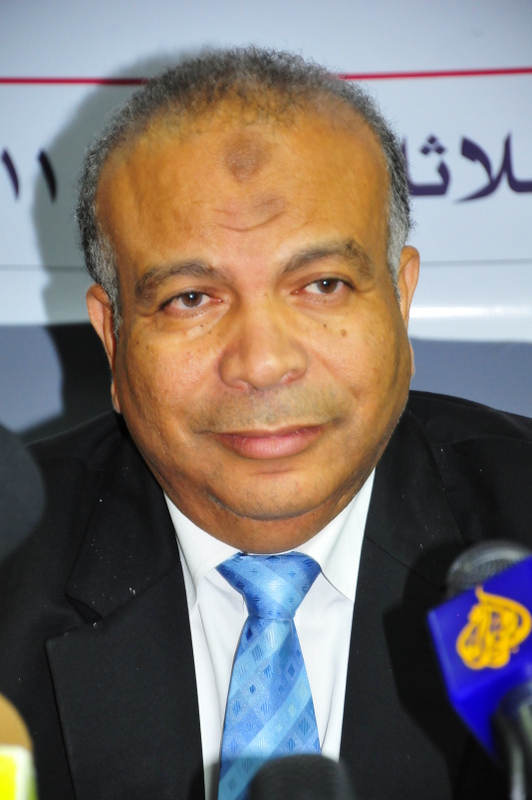 There are those that seek to impede the democratisation process, said Saad Al-Katatni, chairman of the Freedom and Justice Party (FJP).

The head of the Muslim Brotherhood’s political wing spoke at a press conference in Damanhour after meeting with party members in the governorate of Beheira. Al-Katatni stressed the importance of the continuation of the current transitional phase, which requires elections for both houses of parliament.

He added that the FJP was ready to contest elections whenever they are scheduled, and that the party was open to forming electoral alliances.

Al-Katatni went on to say he acknowledged that the state currently faces a number of crises, and stressed that his party was not a substitute for state institutions, who are tasked with dealing with these issues.

“What is happening now is not peaceful demonstration, but vandalism that aims to destabilise the state,” said Al-Katatni. He stressed that there needed to be a public stand in support of the security apparatus.

He condemned violence taking place at the Muslim Brotherhood’s headquarters in Moqattam, saying that protesters did not demonstrate peacefully, but instead attempted to deliberately attack the premises.

The party head said that despite the recent activity of the Salafi Al-Nour Party, he considered the party “an ally and friend”, and would treat them like any other political party if the two decide to run separately in upcoming elections for the House of Representatives and the Shura Council.

He vehemently denied reports that the Brotherhood was attempting to infiltrate various state institutions, saying that out of the alleged 12,000 Brotherhood members appointed to government positions, he challenged anyone to find 1,000.

Al-Katatni added that the party had begun sending members to countries including Turkey, Brazil, and Singapore to study the economic progress of those countries in hopes of replicating their success in Egypt.