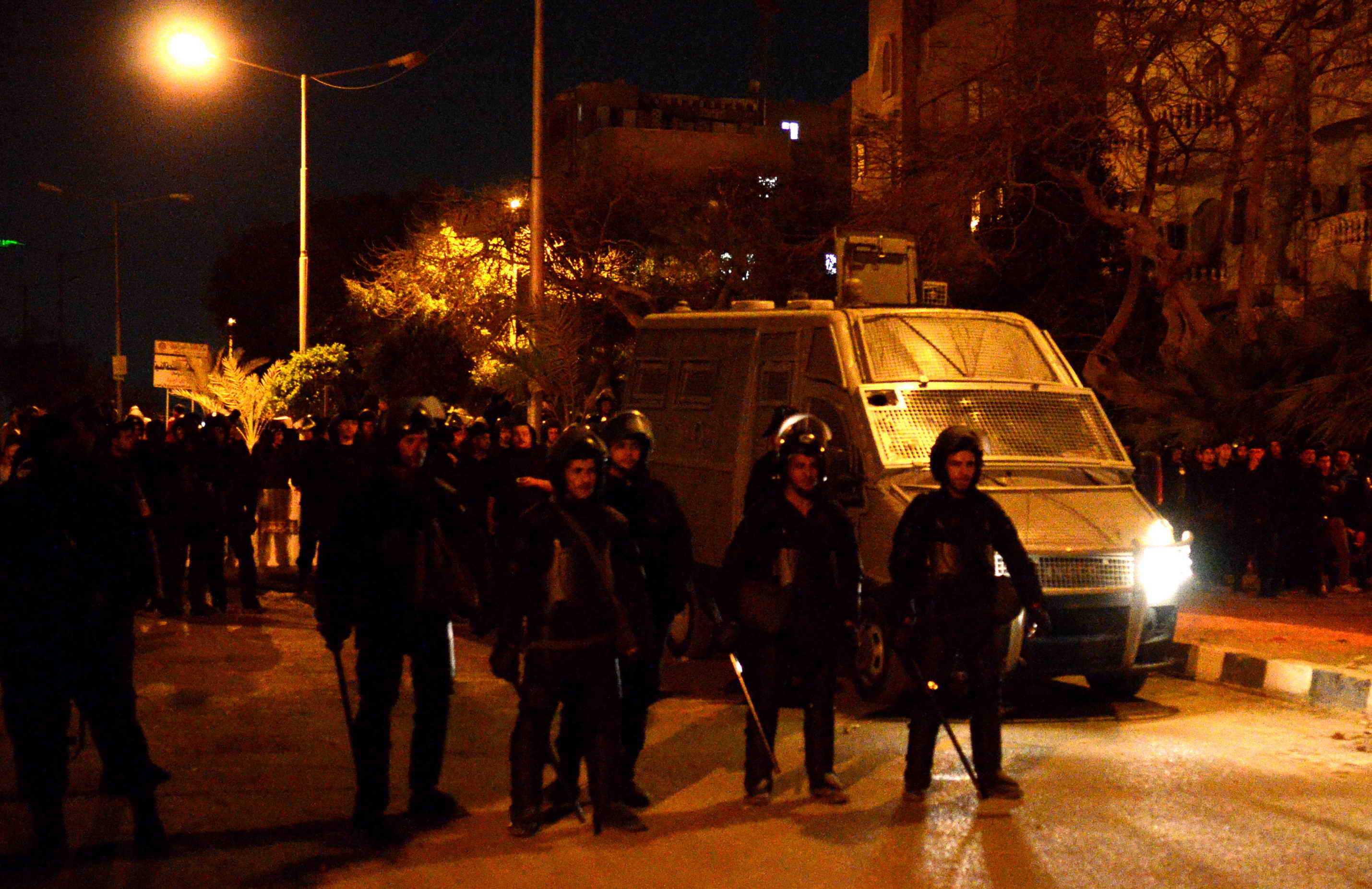 Protesters in the Al-Matareya district of Cairo were forced to wrap up their Ikhwan Kazeboon display because of violence.

Later on Sunday night, protest coordinator Haytham Yawer said the protesters had been assaulted by a group accompanying a member of the Muslim Brotherhood and a former member of parliament from Al-Matareya.

Yawer says the group pushed and shoved male and female protesters and tore the signs protesters had put up. Yawer accuses the attackers of belonging to the Brotherhood.

Hossam Hamdy a member of the Al-Dostour Party who took part in the protest, said the attackers had weapons, including knives and firearms.

Hamdy said they attacked protesters suddenly from behind. Yawer and Hamdy reported an incident where one of the unveiled girls was addressed as “You Christian” by one of the attackers.

“We realized that the situation was going to grow more violent, so we withdrew,” he said.

Hamdy said the protest was completely peaceful before the protesters were attacked.

No injuries have been reported as a result of the attack but the attack came before the protesters could display videos as planned. Hamdy said they were setting up projectors and equipment when the attack began.

Yawer said there will be another attempt to hold the event within the next week.

Youth from the Al-Dostour Party, the Egyptian Social Democratic Party, and 6 April Movement participated in the protest.  Around 100 protesters gathered for the event.