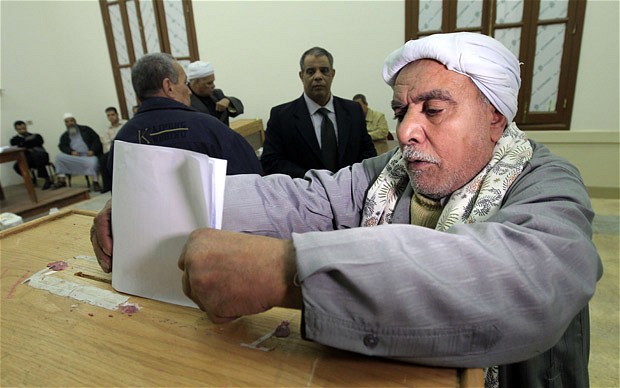 The uncertainty over the timing of the parliamentary elections and their outcome will likely have a negative effect on Egypt’s economic activity, concluded a recent Standard Chartered report.

This diminished activity will increase the need for the country to seek multilateral sources of funding, although the political volatility will in turn weaken the country’s ability to secure this funding, the report also said.

The report discusses the economic and political situations in MENA countries alongside forecasts for growth, inflation and exchange rates in the region.

The research speaks more specifically of Egypt’s progress on subsidy reform, characterising it as “slow”, amid an uncertain political environment and prolonged discussions with the International Monetary Fund (IMF), a balance of payments deficit, falling reserves and a consequently weaker currency, all, it said, further heightening the need to secure the $4.8bn IMF loan.

The report also noted that the start of the fiscal year (FY) 2013 saw weaker than expected growth.

This level also takes into account the support the country has received in terms of deposits and grants from Gulf countries over the last few months.

The plummeting reserves are consequently making it harder for the Central Bank of Egypt to manage the exchange rate, the report concluded.

Given the BoP deficit and the demand for US Dollars, restricting the supply of US Dollars to local banks would therefore result in the weakening of the Egyptian Pound, according to the research. However, limiting the amount of US Dollars auctioned will “at least help regulate the depletion of FX reserves”.

The researchers noted a reduction in the amount of US Dollars auctioned by the Central Bank from $75m at the end of December 2012 to $38m in February 2013, which is unlikely to indicate a reduced need for US Dollars by domestic banks, but is rather a reflection of the Central Bank’s continued efforts to keep the depletion of reserves “gradual”, a situation that highlights the need to boost foreign currency reserves by attracting foreign inflows into the country, it said.

The weakness of the Egyptian Pound has had an inflationary impact, says the report. Inflation accelerated sharply in January to February 2013, increasing at 6.3% and 8.2% year-on-year, respectively, from 4.7% in December.

The authors expected that the further weakening of the Egyptian Pound, coupled with a record-high unemployment rate of 13%, will pressure the government to maintain food and fuel subsidies, despite the increasing burden such subsidies have on Government coffers.

However, with no IMF deal coming through in December 2012, subsidy reform is unlikely before FY 2014, the report predicted.

The focus gave special attention to the negotiations with the IMF, which it said picked up at the start of the year, but are likely to suffer setbacks due to the delay in parliamentary elections.

The researchers continue to view the securing of the $4.8bn IMF loan as critical, in the face of a negative BoP and depleting foreign currency reserves, confirming that subsidy reform without the IMF is possible, but “faces a much higher risk of delay as dominant parties seek to gain popular support”.

Aid from foreign governments has helped steady the level of reserves, the report said. However, it should not be seen as a substitute for an IMF programme, as Egypt not only needs to boost reserves, but “also needs to undertake deep economic reforms”.

Regarding the region as a whole, the report says that MENA growth dynamics are diverging, and that oil exporters are benefiting from strong oil prices, which will underpin spending plans for 2013 while non-oil exporters will face a more challenging fiscal reality this year.