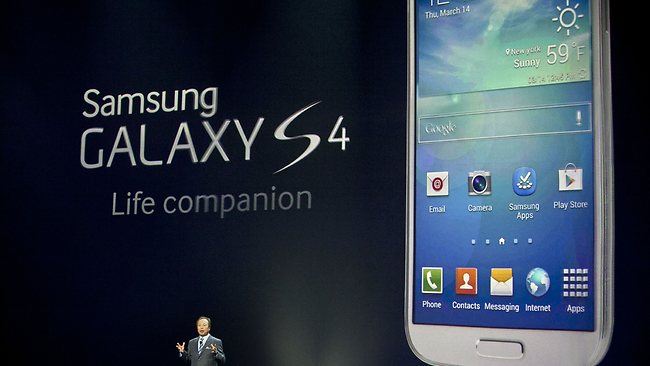 Samsung and Apple are currently in the midst of a heated advertising war after the after the former announced last week that it would be releasing its new Galaxy S4 model smartphone, According to US global business magazine Fortune.

In all, the former was ranked as the better overall product: “Round one goes to Samsung,” it said.

Samsung has stated that it will still be another five to six weeks before the unveiling of its new Galaxy S4 model; however, despite this, Apple has already been proactive in launching its own advertising campaign to compete with Galaxy.

Samsung recently created a new website to provide users with information on the new model, in addition to the release of a video on YouTube. Although the website so far has not attracted much interest, Samsung’s YouTube video clip has so far reached 1.8 million views.

Just hours before the announcement of the release of Samsung’s new Galaxy S4, Phil Schiler, Apple’s senior vice president, was seen criticising the company and its Android model in an interview conducted with the Wall Street Journal.

In an email sent to millions of Apple users and customers, the company announced the creation of its own website dedicated to providing information on the advantages and benefits of the company’s various iPhone models compared to other competitor brands.

The website, launched five days before the announcement of the release of Samsung’s Galaxy S4, also contained a number of video clips attacking the company and its products. So far, these videos have obtained a combined total of 500,000 views.

The article claimed that as of now, Samsung had won the first round of the two company’s protracted advertising war, saying however that the true effect of this victory will only be seen once the new Galaxy S4 model is released in just over a month.