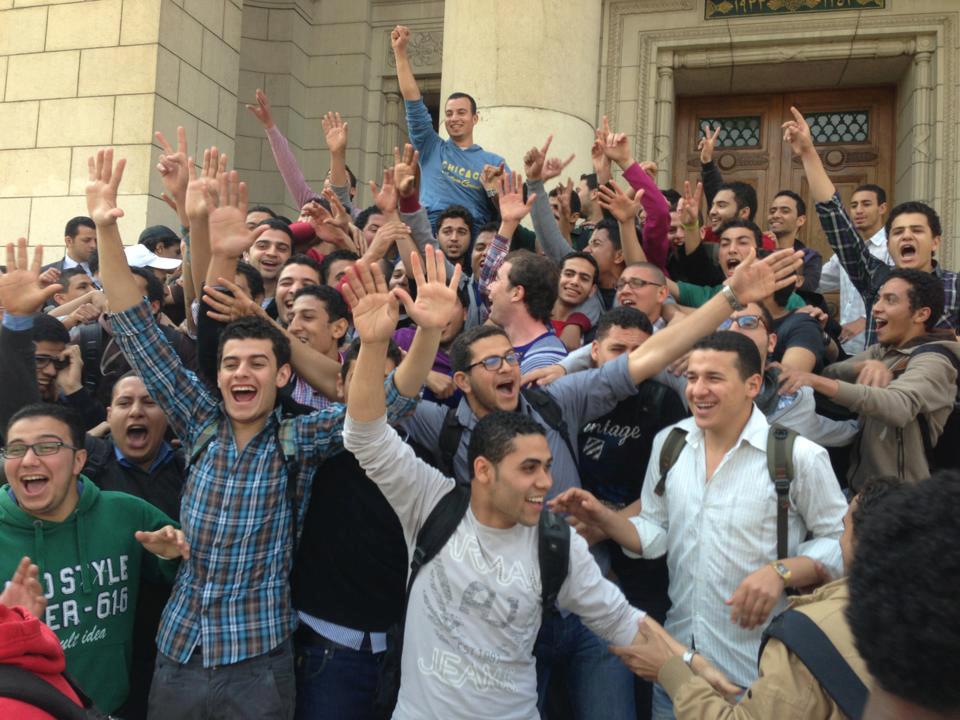 Ashraf, a student in the Faculty of Urban Planning, reaped 20 votes, three more than his contender Ahmed Al-Nasharti, reported state-owned Al-Ahram. Ashraf ran for the elections independently, whereas Al-Nasharti ran on behalf of the Muslim Brotherhood student movement.

Saad, a student in the Faculty of Veterinary Medicine, won the elections with 21 votes, reported Al-Ahram.

“Both Ashaf and Saad are considered part of the pre-revolutionary student union,” said Abdel Rahman Al-Hawary, the media spokesperson of the Muslim Brotherhood student movement in Cairo University. Al-Hawary had no comment regarding Ashraf’s victory.

Thirty-nine students took part in the elections on Monday, reported Al-Ahram. Out of 20 faculties in Cairo University, members of the Muslim Brotherhood student union were successful in only four faculties, reflecting a decline in their popularity.

In Alexandria University, independent candidates won 58% of the student union faculty head seats, whereas candidates belonging to opposition student parties won 21% and Muslim Brotherhood movement students won 21% of the votes, according to statistics published by the Association for Freedom of Thought and Expression (AFTE).

The Brotherhood student movement reaped all the student union faculty head seats at Al-Azhar University, according to AFTE. Both the head of the university student union and his deputy are from the movement.