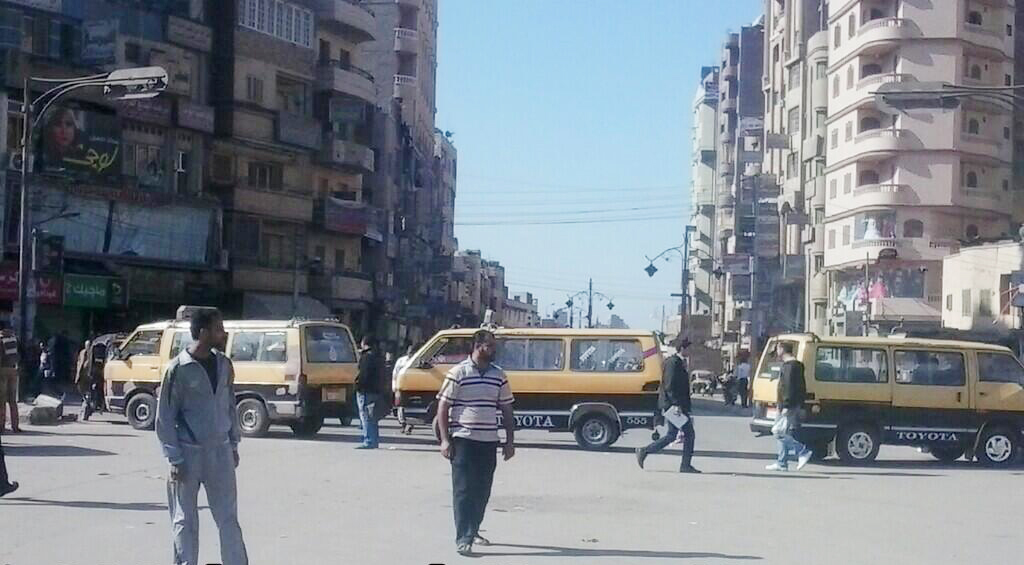 Striking microbus drivers continued to block roads across Mahalla on Monday, in protest against the ongoing diesel crisis in the city.

Microbus and taxi drivers initially blocked Mahalla’s main roads and railways on Sunday, crippling transportation in the city. They opened the roads at night before blocking them again in the early hours of Monday, according to Ahmed Abdel Kader, a member of the Al-Dostour Party in Mahalla.

Taxi drivers did not participate in the strike and transported people through non-blocked minor roads, according to Haroun and Abdel Kader.

Alaa El-Bahlawan, a member of the Al-Dostour Party in Mahalla, explained that taxi drivers could not afford to strike for several days. “They went back to work because they have families to feed.”

The microbus drivers blocked Al-Bahr Street, Al-Shoon Square, the Ring Road and the railways, and tried to convince textile factory workers to join the strike. Workers ignored the calls and headed home on foot or by taking taxis on minor roads, according to Haroun.

Haroun added that drivers began to open the roads on Monday afternoon after textile workers arrived home. “They opened the roads because blocking them would not affect the city after all workers have already arrived home. They are striking though,” he concluded.