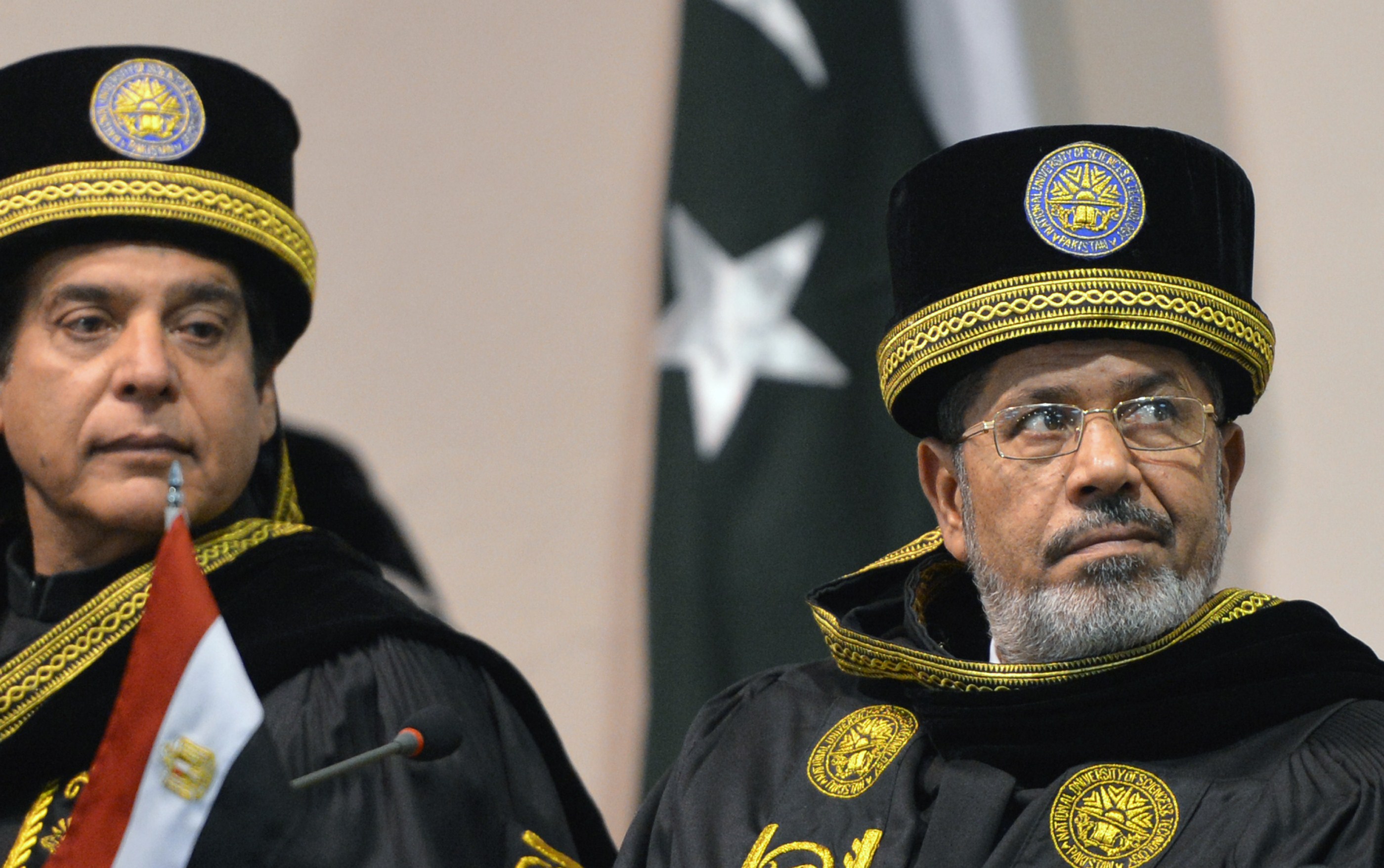 President Mohamed Morsi arrived in Pakistan on Monday for an official one-day visit, a statement from the presidency said. Morsi is scheduled to meet several high-ranking members of Pakistan’s government, including President Asif Ali Zadari and the chairman of Pakistan’s Committee on Defence and National Security.

Morsi’s visit is the first by an Egyptian president since Gamal Abdel Nasser visited the country in 1960. His delegation includes several ministers and businesspeople.

Morsi arrived in Islamabad in the early hours of the morning and was greeted by senior Pakistani officials and members of the Egyptian embassy at the airport. According to state-run news agency MENA, Morsi’s talks with Zadari focused on bilateral relations and the signing of several memorandums of understanding.

The Presidency said five memorandums for bilateral cooperation were signed. The memorandums cover investment promotion, small and medium-sized enterprise development, postal services, trade, shipping and information as well as the third executive program for a scientific and technological cooperation agreement between Egypt and Pakistan.

Pakistani news outlets said that a memorandum concerning between Egypt’s MENA and Pakistan’s Associated Press will also be signed.

“Also addressed were the latest regional and international developments, primarily the revival of efforts towards peaceful settlement of the Middle East conflict and the Syrian crisis,” the statement said.

Another statement published by the presidency said Morsi expressed gratitude to Pakistan and the support it has shown for Egypt’s revolution. “Egypt will never forget the support Pakistan gave during the glorious October war of 1973,” Morsi told Zadari.

Morsi received an honorary doctorate from Pakistan’s National University of Science and Technology.

Pakistan is the first country in South Asia which Morsi has visited. He is scheduled to visit the Indian capital of New Delhi later on Monday, where he will hold talks with President Pranab Mukherjee and other high-ranking government officials.

At the time of writing Morsi had not yet left for India.

According to the Indian Ministry of External Affairs, Morsi is expected to be accompanied by 15 to 20 high-profile businesspeople on the two-day trip.

Morsi’s three-day visit to Pakistan and India is scheduled to end on Wednesday. During his trip Morsi will focus on bolstering trade with Pakistan and its neighbour India.