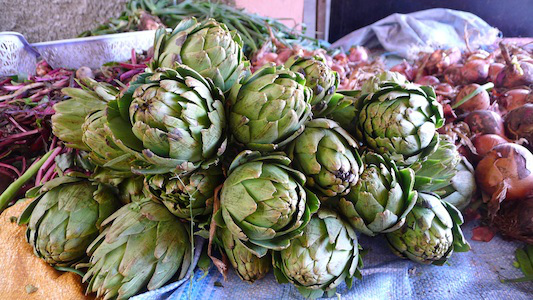 After meeting with artichoke farmers and workers of the Agrocorp Company in Beheira, said US Ambassador to Egypt Anne Patterson promoted artichoke exports to the US through the Qualified Industrial Zone Programme (QIZ).

“I am here to encourage other processors to follow the lead of Agrocorp and realise the US is a land of opportunity for Egyptian exporters under the QIZ program,” said Patterson.

Agrocorp Company, which trades mainly in the production of artichokes, is also specialised in growing and exporting fresh and processed vegetables.

“This programme has helped Agrocorp export $5m worth of artichokes to the US duty-free annually since 2008,” said Patterson.

According to the ambassador, the programme will provide both export dollars and over 1,500 permanent and seasonal jobs in the farms and canning factories of Beheira and Cairo.

The QIZ programme includes designated geographic areas within Egypt that enjoy a duty-free status with the United States.

Companies located within these zones, are granted duty-free access to the US markets.

Companies with duty-free status must, however, satisfy the “agreed upon Israeli component, as per the pre-defined rules of origin”, according to QIZ.

Products produced in the QIZ, have permission to enter the US duty-free under the condition that they are completely or partially made in one of the QIZ areas.

They must also have 10.5% Israeli content and a total value-added of at least 35% from Egypt, Israel or the US.

In early 2005, the QIZ started operating in seven designated industrial locations in Egypt.

This has amounted to more than $1bn in annual revenues.

“To date, there have been relatively few Egyptian exporters of processed foods to the US” said the Ambassador.

“Agrocorp has pioneered the expansion of the export market for artichokes from this area,” she continued.

Egypt is the world’s third-largest producer of artichokes.