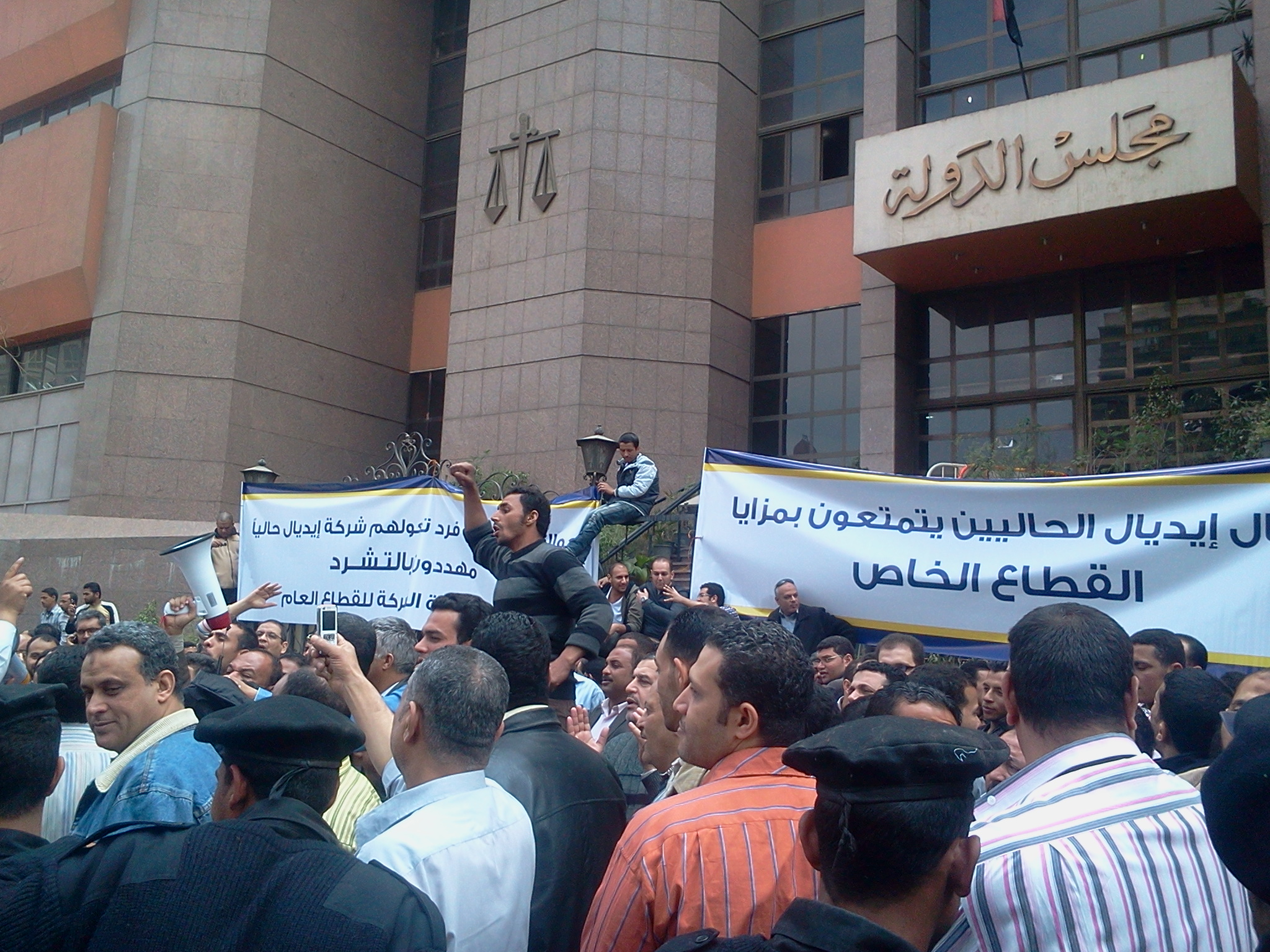 Thousands of workers from the Ideal Company protested at the State Council on Monday, ahead of the Investments Court’s verdict on the lawsuit demanding the reversal of a decision to privatise the company.

Two protests occurred at the Council building. One included thousands of workers in favour of retaining the privatisation decision, while the other included hundreds demanding the cancellation of the privatisation.

The two sides exchanged chants and insults, while security forces separated them to prevent clashes and to keep the street open to traffic.

Ideal was a state-owned company until it was privatised in 1997. The new owners of the company gave workers a choice to continue working for them or to leave the company and receive an end-of-service benefit. Some workers chose to leave and received an end of service benefit equal to two months’ salary for every year they worked for Ideal, according to Mahmoud Saad, an employee in Ideal’s HR department.

The lawsuit demanding cancelling the decision was opened after the 25 January revolution, according to Sayed Gouda, an Ideal employee.

Saad said he has been working for Ideal for 37 years. He claimed that workers demanding the cancellation of the privatisation decision had already left the company and received the end of service benefits. “Now they want to come back to the company and receive salaries for doing nothing until they die,” he said.

Saad added that some current workers are also calling for cancelling the privatisation decision, claiming that their demands are spurred by the perception that privatised companies require harder work and more commitment. “You know how state-owned companies operate,” he explained.

Ahmed Al-Sherbiny, a worker demanding the privatisation’s cancellation, explained that the current administration deprives some workers of bonuses for no reason, which make their salaries no different than those of state-owned companies. “Nepotism is how it goes now in Ideal,” he added.

Mohamed Mahrous, another worker, said he currently receives a monthly salary of EGP 900, adding that he worries that he could be sacked at any time. “State-owned company employees are now receiving EGP 1,200 and they cannot be sacked. That’s why we want to be state-owned again,” he said.

Al-Sayed Ahmed, an Ideal employee, said the company should remain a private one because it is now providing better salaries and training facilities to its workers. He asserted that the new owners did not force any workers to leave when they bought the company. “They gave us the choice, we chose to stay and they took their benefits and left,” he concluded.