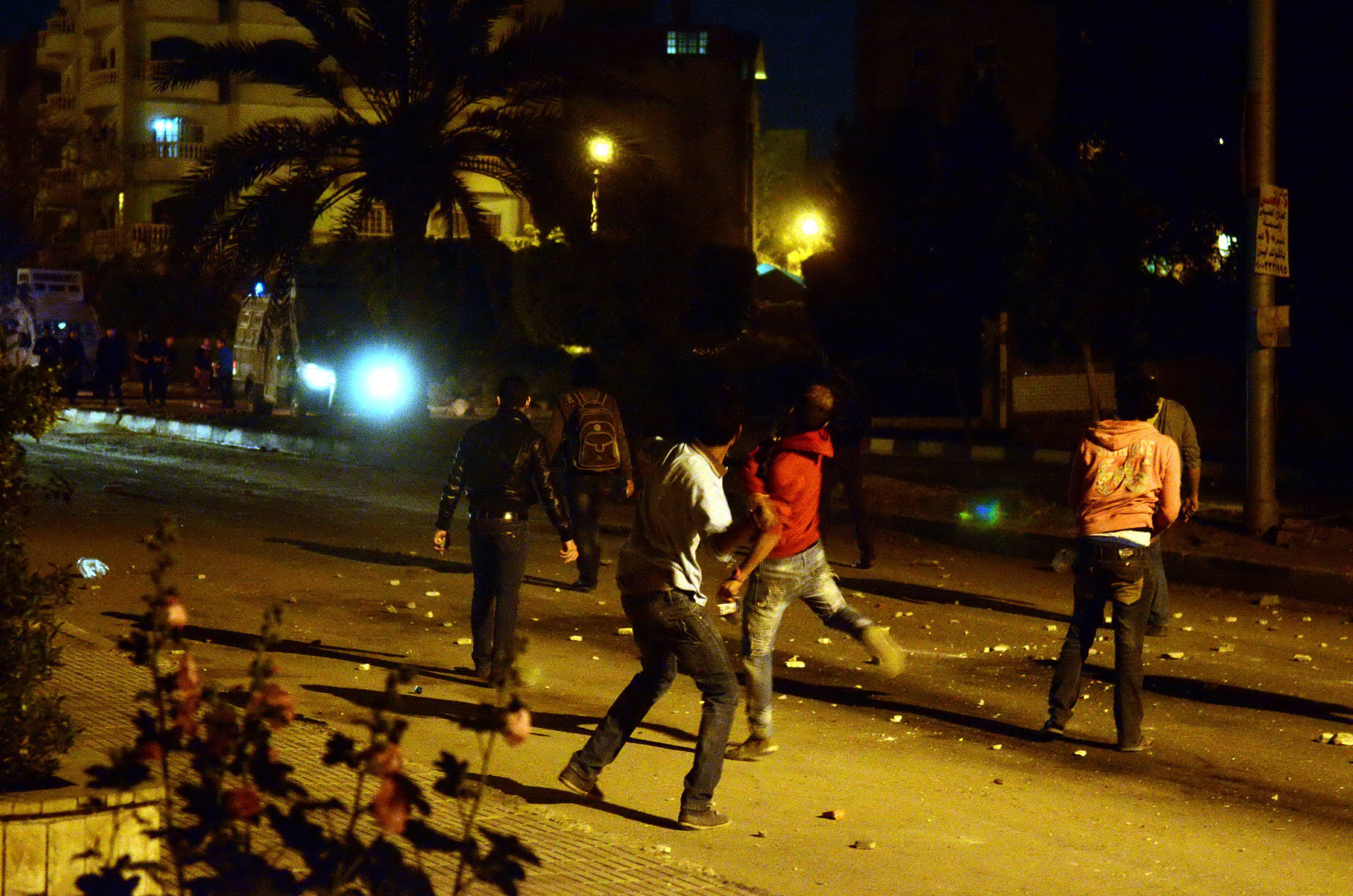 Twelve minors were arrested during clashes in Moqattam on Saturday, according to Ahmed Meseilhy, a human rights lawyer with the No Military Trials group. The children in custody are expected to be released on Wednesday. All of them show signs of physical abuse and one was shot in the hand with a rubber bullet, Meseilhy said.

These children are part of a growing number of minors arrested since 25 January 2013, the most recent estimates of arrested minors being 383 according to a report released on Sunday by the Egyptian Coalition for Children’s Rights (ECCR). 111 currently remain in custody.

Seventy-four of these minors are under the age of 15 and detaining them alongside adults violates Egyptian law.

In many cases, the children sustained physical injuries during their arrest and detention, such as in the case of 16-year-old Islam Hassan Mahmoud who showed signs of swelling on his face and head.

The ECCR report denounced the arrest of minors, calling it a sign that “Egyptian law has completely fallen”.

“Our children are the victims of political exploitation,” the report said.

An unnamed source in the Ministry of the Interior said that he could not confirm the total number of children who have been arrested as they do not sort detainees into men, women and children.

He said that children can clearly be seen throwing rocks at security forces, an act which warrants their arrest. “But we are not targeting children,” the source said.

Such violence against children is unprecedented and could have a greatly negative impact on Egypt’s future, said Ghada Shahbender, a member of the board at the Egyptian Organization for Human Rights, during a press conference in February.

“When we expose our children to violence, they are scarred for years to come,” Shahbender said.  “And as a result, our children are growing up with no respect for these authorities or institutions.”