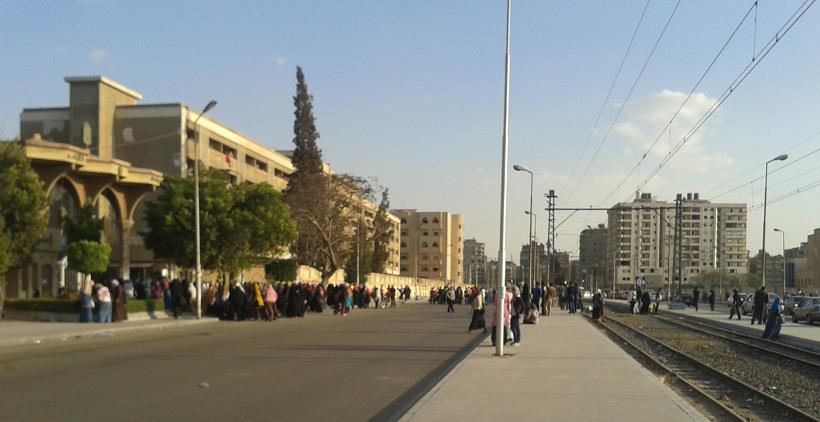 Al-Azhar University students are calling for change in student dorms after a week of protesting and marching against poor living conditions in the dorms.

Amr Al-Faramawy, the coordinator of Al-Azhar Students’ Movement, said some of the girls who were holding a hunger strike to push forward their demands were taken to a hospital on Tuesday after their health deteriorated.

Abdel-Rahman Gad, a student from 6 April-Azhar University, said 6 April is coordinating with other movements inside the university to demand the removal of the head of the student dorms.

Al-Azhar University has two different student dorms, one for its female students and another for its male students.

Trouble started on 12 March when female students objected to the quality of the food served and the poor state of the buildings and facilities. They held a protest, after which they were called into two meetings with officials who promised change would begin on Saturday.

When the students saw no progress on the issues they had complained about, they held several protests over the course of the week accompanied by male students.

In another incident, six girls were hit by a taxi and had to be taken to a hospital.

Al-Faramawy said official complainants about the incidents had been made.

A delegation of students including members of the student union attended a meeting with the Grand Imam of Al-Azhar, Ahmed Al-Tayeb. According to independent news service Shorouk, they agreed to form committees to look into the violence students faced and to investigate their complaints about the dorms.

Gad described the meeting as “nonsense”.

The head of the student union could not be reached for comment on the situation.