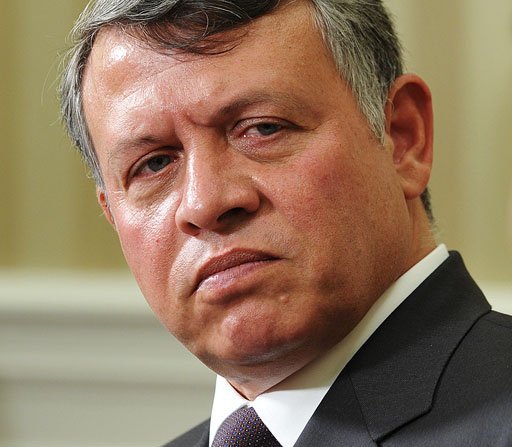 King Abdullah II of Jordan spoke critically of President Mohamed Morsi and other regional leaders in an interview conducted by American journalist Jeffrey Goldberg and published in The Atlantic on Monday.

The article stated that Abdullah was “decidedly unimpressed” with Morsi when they met recently in Riyadh.

“There’s no depth to the guy,” Abdullah said, in reference to Morsi’s understanding of the Palestinian-Israeli conflict and the role that Fatah and Hamas should play in it.

“I was trying to explain to him how to deal with Hamas, how to get the peace process moving,” Abdullah said. “And he was like, ‘The Israelis will not move.’ I said, ‘Listen, whether the Israelis move or don’t move, it’s how we get Fatah and Hamas together.’”

The article was also critical of Morsi’s domestic policies, claiming that he has “set back the Muslim Brotherhood’s cause in Egypt by making a premature play for absolute power”.

Abdullah compared Morsi to Turkish Prime Minister Tayyip Erdogan, who “he sees as a more restrained and more savvy version” of the Egyptian president. The king suspected that Erdogan has similar interests to Morsi but is simply taking more time in tactfully bringing them about.

“Instead of the Turkish model, taking six or seven years—being an Erdogan—Morsi wanted to do it overnight,” Abdullah said.

The article described Abdullah as being wary of Erdogan and suspicious of the Muslim Brotherhood, particularly its Egyptian branch. Jordan’s General Intelligence Department (GID) has told him that the Brotherhood Guidance Bureau in Cairo is seeking to cause political unrest in Jordan. They claim to have intercepted communications from Brotherhood leaders in Egypt to their counterparts in Jordan calling for them to boycott elections and destabilise the country.

Morsi was not the only leader Abdullah criticised. He also spoke critically of Syria’s Bashar Al-Assad and his handling of the Arab Spring.

“If you, as a monarch, have created a situation in which half the population rises up and wants you out, then you’ve done something wrong,” Abdullah said.