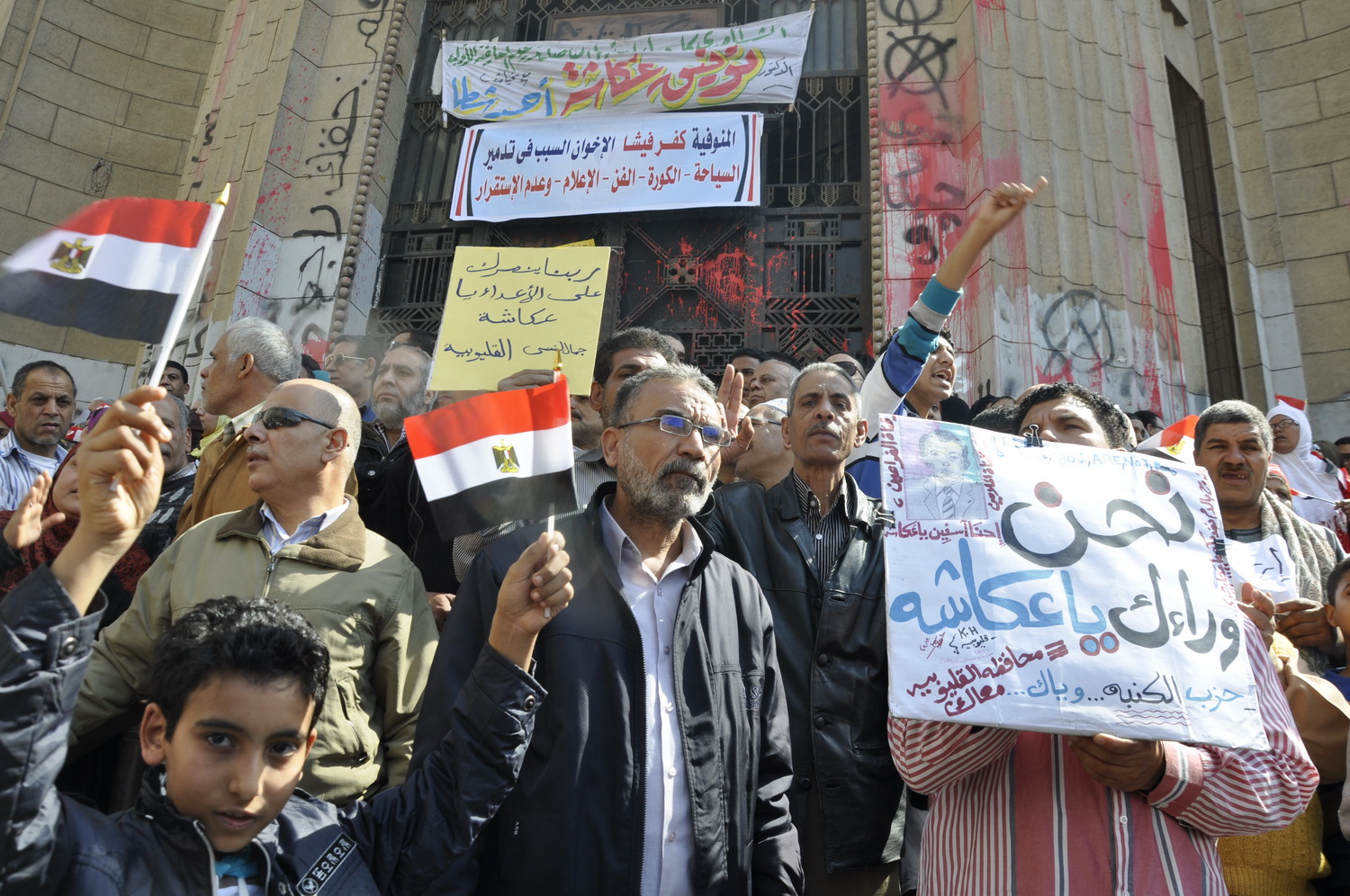 A small protest took place in front of the High Court building in Cairo on Tuesday, organised by members of Tawfik Okasha’s Al-Fara’een television channel and supporters from his hometown. The protesters chanted songs and slogans supporting the controversial television host on the various charges brought against him over the past year.

The protesters said they want the Prosecutor General to rescind the six month sentence handed to Okasha in a case regarding an unpaid divorce settlement between him and his ex-wife Reda Al-Qardawy, but they also support Okasha more generally in all his legal cases.

Last year Tawfik Okasha was accused of insulting the president on 30 separate charges. Okasha was found guilty in at least one case, and was given a four-month sentence. According to Amnesty International his imprisonment would have amounted to a restriction on the freedom of expression, but he has yet to serve any time for his conviction.

Okasha has also been tried for allegedly calling for the assassination of President Mohamed Morsi on his television channel Al-Fara’een. He was found not guilty.