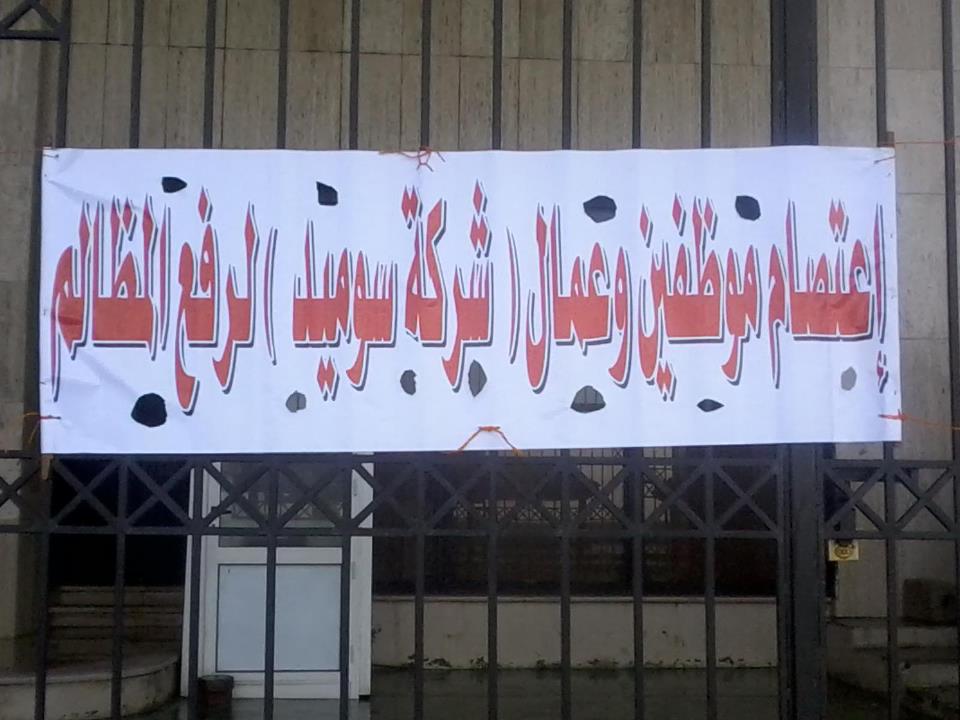 A striking worker at the Sumed Arab Petroleum Pipeline Factory set himself on fire Monday afternoon after writing his will.

Workers at the factory have been on strike for over 40 days. They demand to be contracted and granted benefits which contracted workers receive.

Sameh Abdel Salam addressed his written will to President Mohamed Morsi before setting himself on fire. Abdel Salam has been working in the factory for 20 years without a contract.

The striking workers are all employed in the factory through a contracting company; an intermediary company which employs workers in factories and deducts part of their salaries in return, said Dalia Moussa, workers’ coordinator for the Egyptian Centre for Economic and Social Rights (ECESR). Workers who are hired through such companies do not sign contracts.

“They do not have insurance, their salaries are very small, and the company doesn’t pay taxes for their employment,” said Moussa. “Basically, they don’t exist on paper.”

Most contracting companies operate outside an official context, Moussa said.

Abdel Salam was moved to a hospital where he received treatment for first and second degree burns. He was discharged from the hospital and returned to the strike, vowing to stand by his colleagues, said Moussa.

There has thus far been no response from the Sumed administration addressing the workers’ strike. The striking workers are threatening to commit weekly suicides until their demands are met, Moussa said.

The strike began in early February in Sumed’s three branches in Suez, Alexandria, and Dahshour. The workers at the Dahshour factory dissolved their strike; the two other branches’ strikes remain ongoing.

Suez Governor Samir Aglan delegated a committee from the Legal Affairs Committee and the Manpower Directorate to negotiate with the striking workers on Tuesday. The committee would hold joint meetings between the factory’s administration and the striking workers in order to reach solutions which would satisfy both parties.

A Sumid factory worker hung himself and died in early 2013 in protest of working conditions at the factory in Alexandria. Moussa said his death was among the sparks which led to the current strike.