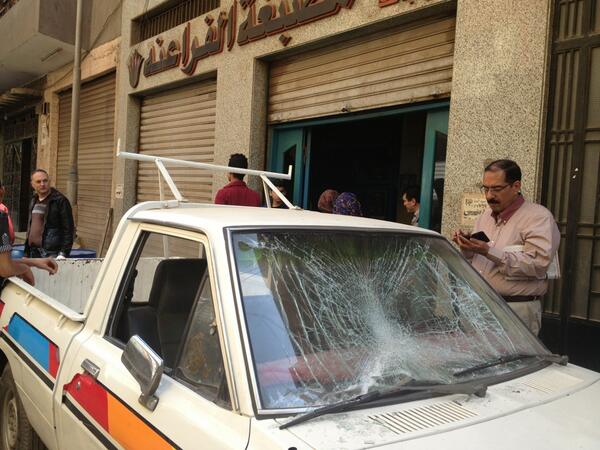 Clashes erupted in the working class neighbourhood of Shubra on Monday night, leaving three dead and 26 injured, according to the Ministry of Health, in a street fight between two families.

The deaths were also confirmed on Tuesday by Major General Ahmed Helmy, assistant interior minister for the Interest of Public Security. Helmy said that a fight erupted between groups of people playing football at Shubra Preparatory School, reported state-owned news agency MENA. Eyewitnesses claimed that Ahmed Saber, the son of Gamal Saber, then stabbed another boy and killed him.

State owned Al-Ahram identified the fatality as Saad Dorra, a 15-year-old boy who was a member of a large family based in the nearby area of Al-Assal.

Gamal Saber, the coordinator for Hazemoon, denied that his son was involved in the initial incident. Saber alleged that unknown “thugs” stormed the area, creating chaos.

Family and friends of the victim gathered and marched from Al-Assal, instigating fighting in the area around Rod Al-Farrag in Shubra, going as far as Badie Street, a roadway lined with markets.

The two sides exchanged rocks, while others were armed with various weapons. The group from Al-Assal reportedly sought to vandalise businesses, buildings, and cars in the area as retaliation for the death of Dorra.

“They needed to blame someone for this so they chose my son, even though he has nothing to do with it,” claimed Saber.

Most shops in the immediate area of the clashes were closed going into Tuesday, as residents relocated damaged cars in anticipation of renewed clashes.

“We don’t know what will happen,” said Guirguis, who stood in front of his vandalized laundry service shop, in a side street of Shubra Street. “People came from another neighbourhood and broke all our shops and cars.”

Adel, who lives on a street where most of the clashes took place, said that people from the Al-Assal neighbourhood of Shubra damaged over 100 cars and vandalised stores that did not manage to close before the clashes reached the area.

“They left before dawn and said they will come back,” said Adel.

He claimed that while Central Security Forces (CSF) eventually came to diffuse the situation, it neglected smaller streets where the fighting had carried on.

CSF stationed personnel on Shubra Street on Tuesday in an effort to provide a security presence in the face of threats of continuing violence.