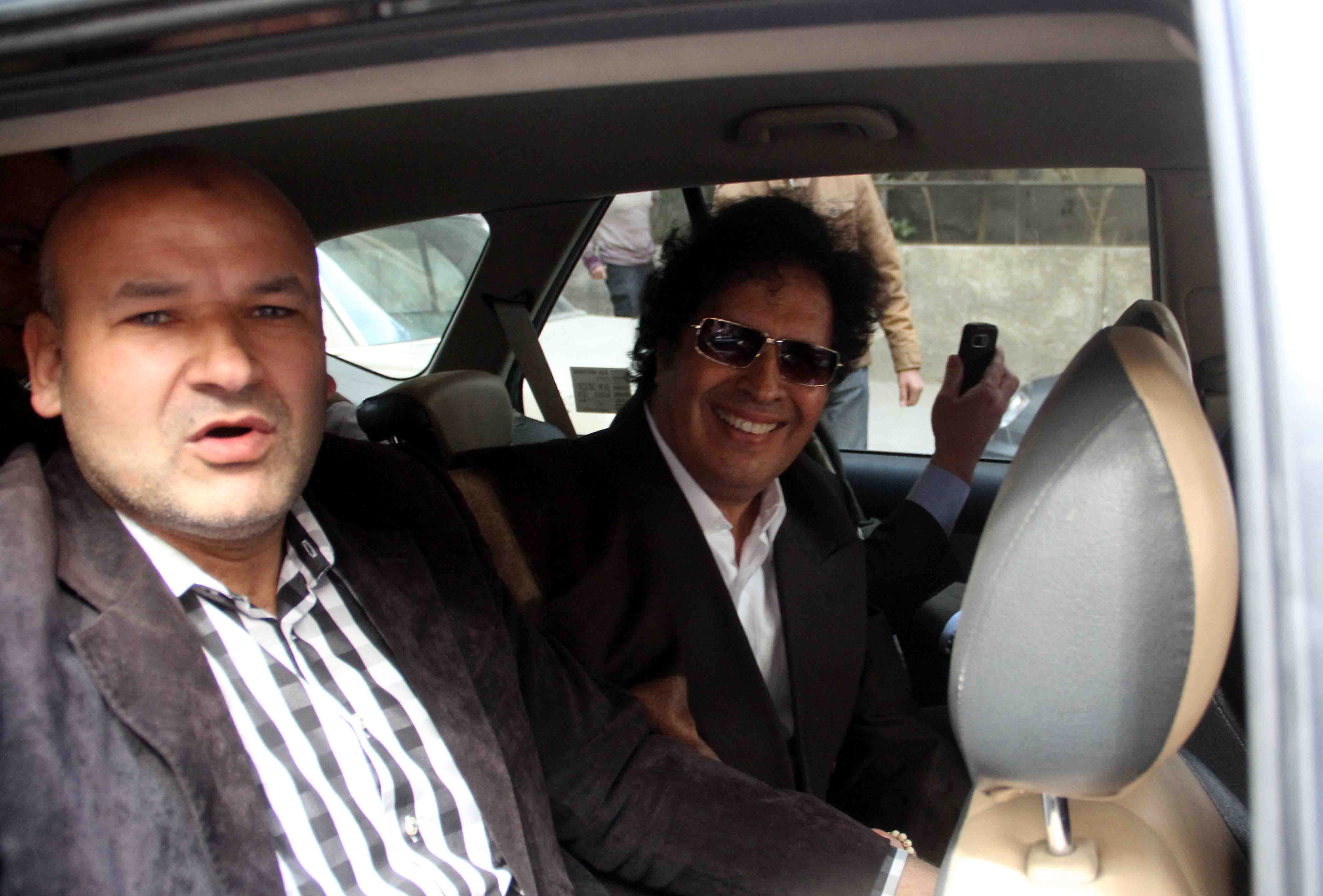 (AFP) – Egyptian police arrested on Tuesday Ahmed Qaddaf al-Dam, a cousin of Moamar Kadhafi, who is wanted in Libya for his role in the regime of the slain Libyan strongman, Egyptian officials said.

He surrendered hours after an exchange of fire between his bodyguards and policemen who tried to enter his apartment, an aide said. Police then escorted Kadhafi’s former special envoy to the public prosecutor’s office.

Qaddaf al-Dam, reached on his cell phone, however sought to play down the arrest and said he would file a complaint with the Egyptian public prosecutor and Libyan authorities.

“I am on my way now, in the company of lawyers,” he said before he arrived at the prosecutor’s office.

A security official and state television said Qaddaf al-Dam surrendered to police after they besieged his home. The official MENA news agency reported he will be handed over to Libyan authorities, who want to put him on trial.

Police outside his apartment in the upscale Cairo neighbourhood of Zamalek said Qaddaf al-Dam surrendered without a struggle after police sent up the Libyan consul to persuade him.

“This is part of a plan by the Libyan authorities in coordination with Egyptian authorities to arrest wanted Libyans living in Egypt,” Abdel Hamid al-Safi said.

Shortly after the start of the uprising that toppled Kadhafi in 2011, Qaddaf al-Dam had announced he had resigned from all official functions.

Until then, Qaddaf al-Dam, who had permanent residence in Cairo, oversaw Libya’s relations with Egypt.

Residents of Zamalek said they had heard gunfire overnight.

Qaddaf al-Dam’s nephew and aide said that “masked men” had tried to storm the apartment at 2:00 AM.

“His bodyguards fired at them and there was an exchange of fire,” he said from the prosecutor’s office where Qaddaf al-Dam was being questioned.

Speaking to French satellite channel France 24, Qadaff al-Dam said that several people had been injured during the shooting.