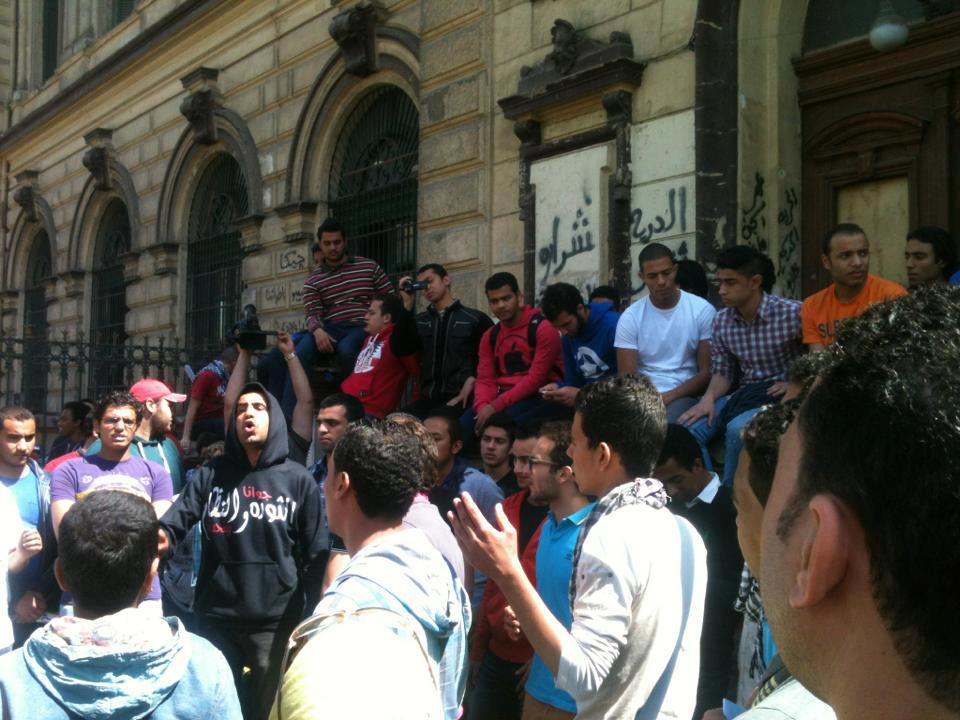 The Cairo Southern Court on Wednesday ordered the release of 31 detainees arrested during the Sunday clashes between protesters and police in front of the Muslim Brotherhood headquarters in Moqattam.

The prosecution charged them with vandalism, thuggery, and attacking policemen, and ordered their detention on remand for four days. Lawyers successfully appealed the decision and the detainees were released, but the case is still ongoing.

Another court on Tuesday ordered the release of 15 detainees who were arrested on Saturday at the Brotherhood’s Moqattam headquarters.

Central Security Forces attacked a protest in front of the Muslim Brotherhood headquarters in Moqattam on Sunday night, charging the crowd with armoured vehicles, launching teargas canisters and firing birdshot rounds at protesters.

The demonstrators, who were protesting an attack on protesters, graffiti artists and journalists at the same site by Brotherhood members on Saturday, originally numbered around 300. The number of protesters greatly increased following the police attack.

The three men are accused of assaulting journalists in front of the Brotherhood’s headquarters on Saturday. Newly-elected Press Syndicate Chairman Diaa Rashwan submitted a complaint to the prosecution regarding the incident on Sunday.

Muslim Brotherhood Secretary General Mahmoud Hussein released an open letter to Rashwan congratulating him on his victory and informing him of the Brotherhood’s apology regarding the “involvement of some decent journalists” in the clashes and its respect for all “objective journalists just doing their job.”