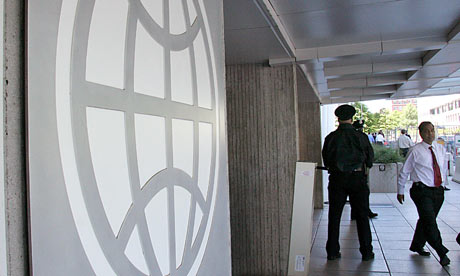 A press conference was held on Wednesday by the Bank Information Centre (BIC) and the Egyptian Initiative for Personal Rights (EIPR) surrounding the impact of policies and programs by the World Bank in Egypt. The conference highlighted the impact of World Bank policies in Egypt, stressing the need to focus on the needs of the citizens regarding the formulation and implementation of projects financed by the World Bank.

“Despite the billions of pounds spent on Egyptian investments in infrastructure from domestic and international sources,” a statement released by EIPR said, “villages and cities in Egypt continue to grow and function as they have over the past three decades.” EIPR said there are many shortcomings in development, particularly in the fields of housing, basic services and transportation.

EIPR pointed at the World Bank as one of the government’s major partners in urbanisation in Egypt, investing in electricity, sanitation, natural gas and transportation. These investments, EIPR concluded, are made based on recommendations set forth by the World Bank. These recommendations are built on the bank’s policy of encouraging greater private sector participation and a phasing out of government support, adopting the principle that the government becomes a facilitator rather than a provider of such services.

BIC and EIPR analysed the World Bank’s 2006-2009 Country Assistance Strategy (CAS), the primary document determining the nature of loans until May 2012, and found the strategy fell short in several areas.

While the strategy involved gradual privatisation of infrastructure services such as waste management, there was a lack of regulation and supervision on the government’s side. As a result, the report said, the citizens who are meant to benefit from these services eventually suffered because of them.

An absence of real representation and consultation with those affected by the strategies is another field in which EIPR says the CAS report failed to address efficiently. The CAS report confined the definition of “concerned parties” to the government and its private sector partners.

Investment disparity is another field the CAS report failed to address. According to the report, a majority of investments remained concentrated in Greater Cairo, leaving other governorates undeveloped. “Only a comprehensive environment policy, along with a representative local government, will balance regional disparities and promote the equitable distribution of services and investments,” the report said.

Another issue of contention is the number of investments allocated towards the lower-income sector. “Less than a quarter of the World Bank portfolio of investments was themed as “urban services for the poor,”” EIPR said, adding that the definition of what constitutes poverty was not well defined.

Aside from the aforementioned issues the EIPR said involuntary resettlement, involved in half of the environment-related projects, places people at risk of being displaced from their livelihoods either directly or indirectly as a result of the projects.

“Because involuntary resettlement has enormous impacts on families and communities, it is especially important that the bank and the government weigh the costs with the stated public benefit of the project, and give serious consideration to alternatives, when resettlement or economic displacement is a possibility,” EIPR said

“The home-grown systems that have kept the Egyptian [urban] environment humming over the last half of a century have gradually been replaced by supposedly more ‘efficient,’ ‘economic,’ or ‘cost effective’ ones,” EIPR said. “However, the newly-introduced systems, most of them part of privatisation programs, are suffering, along with the citizens they are meant to be serving.”

“Taking an in-depth look at the 2006-2009 CAS has demonstrated several areas in which the World Bank in coordination with the [Egyptian government] failed to address the true needs of Egypt’s citizens in the [urban] environment,” EIPR said. “In the coming 18 months of the Bank’s new interim strategy, there is a great opportunity for the World Bank and the Government to work with citizens and all stakeholders to develop a comprehensive plan for the built environment. This will in turn help to guide the Bank, [the government], and stakeholders in the development of a new, post-revolution CAS that will reflect the needs of the built environment and the Egyptian citizens who have kept it running for the past several decades.”