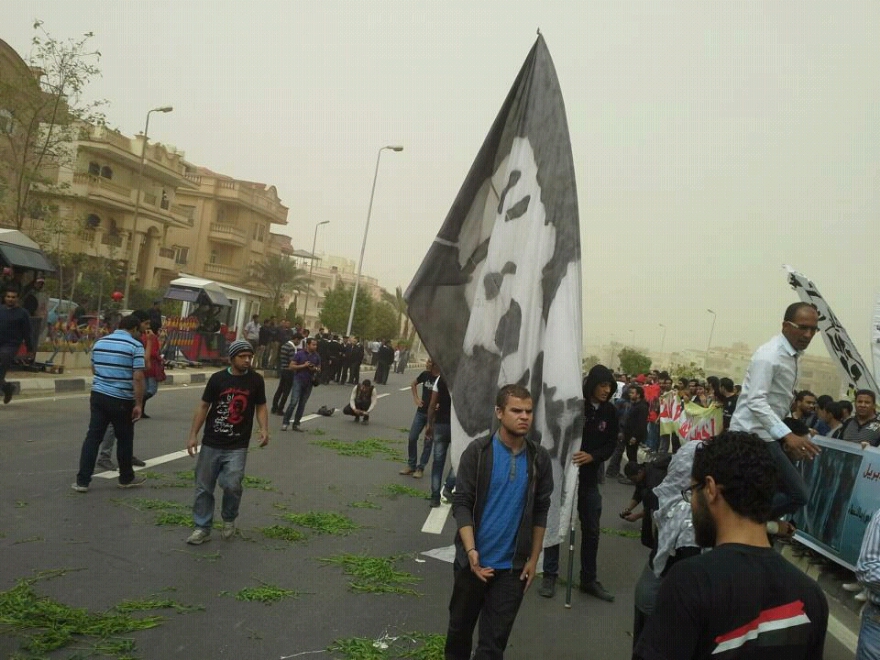 Protesters raised banners and flags outside Morsi’s house. Ahmed Maher cofounder of the movement had said the night before that the group is taking part in protests in objection to the assaults against protesters and journalists outside the Muslim Brotherhood headquarters a few days ago.

Maher had said the group would organize various activities that may “include protests outside the Muslim Brotherhood’s headquarters or may not, depending on the arrangements of the movement’s groups.”

He stressed that the movement will only be participating in peaceful protests and will not be part of anything violent.

Mohamed Al-Qalyouby, a member of 6 April Ahmed Maher said the point behind holding the protest outside the president’s house is because he is politically responsible for everything that happens in the country.

He said the protesters will leave after the protest is over. He said there is no intention of setting camp outside the president’s residence.

Protesters are currently marching to the Muslim Brotherhood’s main headquarters in Moqattam, the scene of clashes earlier this week.

Al-Qalyouby said 6 April Ahmed Maher chose to protest outside Morsi’s house instead of protesting outside the Muslim Brotherhood’s headquarters to avoid things taking a violent turn.

The Muslim Brotherhood addressed the violence that took place outside its headquarters in a press conference on Thursday.