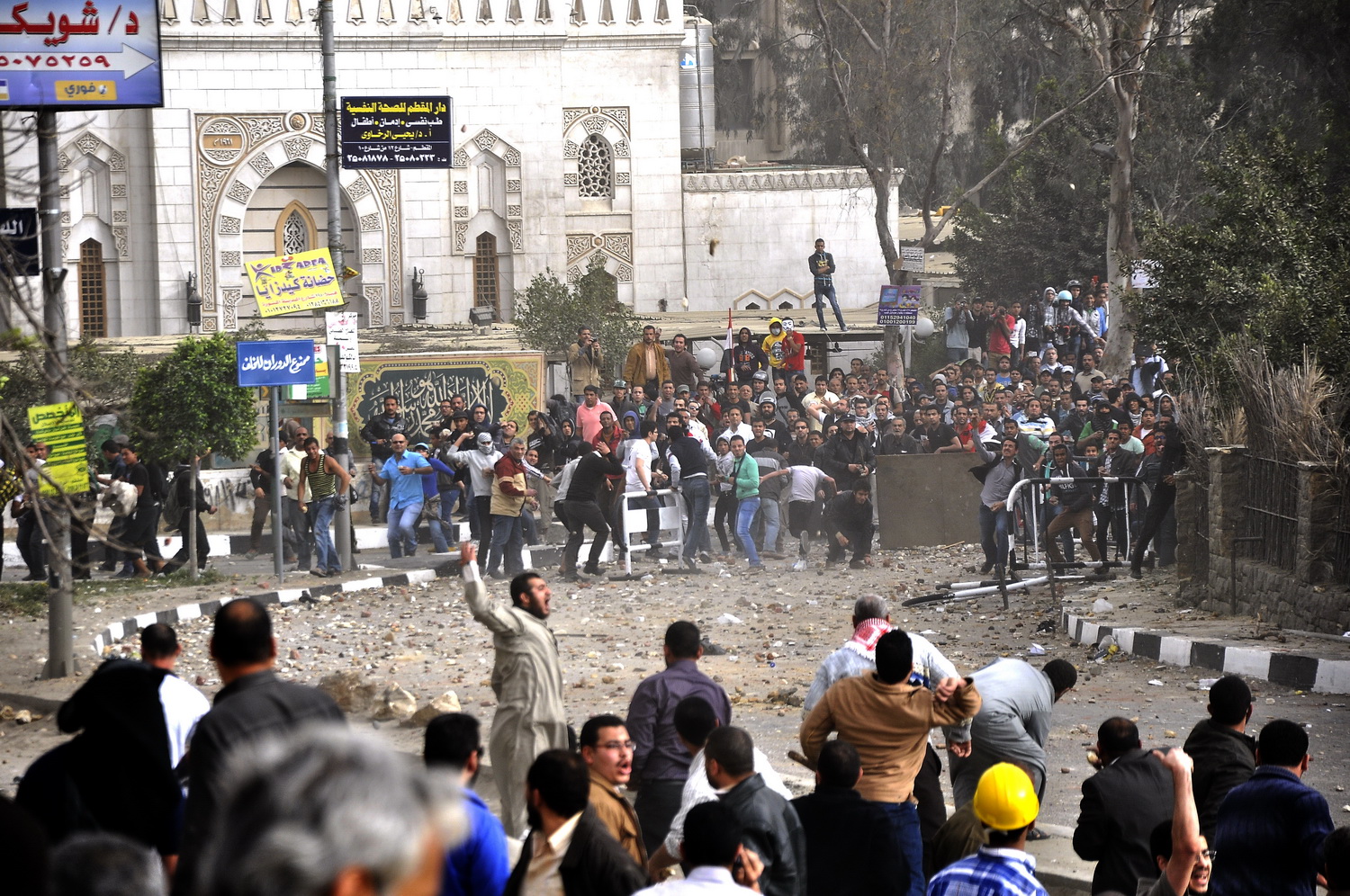 Prosecutor General Tala’at Abdallah ordered investigations into complaints against politicians, political parties, Facebook page administrators, and others who called for protests in front of the Muslim Brotherhood’s headquarters in Moqattam on Friday.

“These protests have resulted in clashes which lead to several injuries to citizens as well as the damaging of properties. The prosecutor has ordered the summoning of those who filed the complaints in order to begin the investigation,” Abdallah’s official spokesperson said in a statement on Saturday.

Fighting between Muslim Brotherhood supporters and opposition protesters in front of the Brotherhood’s main headquarters in Moqattam on Friday left 234 people injured according to the Ministry of Health.

Meanwhile, several buildings around Egypt belonging to the Brotherhood and its political wing, the Freedom and Justice Party (FJP), were either torched or broken into. FJP offices in Mahala, Mansoura and Dakahlia were set on fire Friday night while a group of people broke into the party’s office in the Manial neighbourhood.

Anti- Muslim Brotherhood protesters marched to the Moqattam headquarters in Cairo on what they called “Restoration of Dignity Friday”. The clashes followed fighting outside the headquarters on Saturday and Sunday of the previous week.

“We are here to get the rights of our brothers and sisters who have died, and our sisters who are beaten on the street,” said Mohamed, a 45-year-old protester from Minya.

He referred to a widely circulated video from the previous week which showed a Muslim Brotherhood member slapping female activist Mervat Moussa and knocking her to the ground, in addition to videos of activist Ahmed Doma being beaten and dragged by several Brotherhood members.

Police failed to separate both sides several times on Friday and Health Ministry reported 243 injuries at the end of the night by the time the clashes ended.

Opposition protesters beat and dragged several Brotherhood members, many of whom were bleeding.

Several Brotherhood members also hid at a nearby mosque, which opposing protesters surrounded for a few hours but made no attempts to break into the building. Central Security Forces personnel eventually freed the besieged Brotherhood members.

Most injuries were treated at a field hospital or in ambulances stationed at the scene, but over 100 people had to be transported to the nearby National Bank Hospital.

The Al-Dostour Party’s headquarters in Moqattam initially set up a field hospital to treat the injured but had to close it down during the night.

A group of activists said in a testimony that Al-Dostour officials forced the closing of the field hospital after being ordered to do so by Muslim Brotherhood member who is also a member of the Brotherhood’s Guidance Bureau who lives the building in which the party is housed.

Al-Dostour media committee member Mohamed Refaie denied these claims in a counter testimony, however, and said the field hospital was only closed after doctors asked for it to be closed since it could not be secured and was under threat of attack from police or Brotherhood members. He stressed that there were no patients in the building at the time of closure.