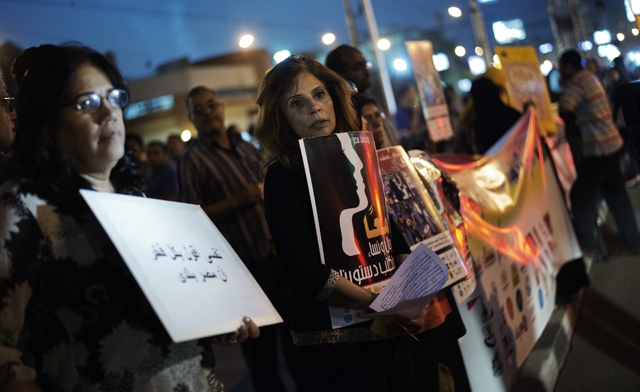 A study conducted by market research company TNS shows that from a sample of 500 women from different social classes, 84% feel less secure financially after the 2011 Revolution.

Head of the Women’s Committee for the Freedom and Justice Party Sabah Al-Saqary said women are part of the society and they are impacted by the economic downturn the country is going through, just like anyone else in society. She said women are not being targeted.

The study focused on the changes that happened in the lives of women in the past two years.

In regards to political representation, the study said that 85% of women feel that there is no political party that represents their views and opinions.

“The woman who claims that there is no female representation has not sought after representation,” Al-Saqary said. She believes women are partially responsible for the lack of representation especially since the political parties on the scene represent all different ideologies.

The study added that while the number of women who ran for elections has increased, female representation in parliament in 2011 was less than that of the 2010 parliament. “Because these are not elections,” Maqlad said. “These elections are held on an incorrect and non-scientific basis.”

Al-Saqary said she agrees that female representation in parliament is scarce, adding that she finds it odd that liberal parties did not put forward female candidates.

The women who took part in the study represented varying social classes ranging from the upper-middle class to the lowest levels of sustenance. Participants’ ages ranged from 21 to 45.