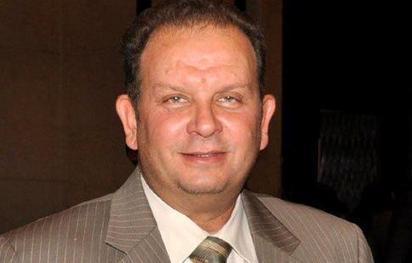 “Qandil’s government is currently adopting a plan to further expand projects within the PPP unit, especially following the recent economic growth of 2.4% and 15% in investments,” Hannoura said.

Hannoura added that recent growth in the economy has been reflected positively in unemployment and poverty rates.

A broad collaboration with the Ministry of Planning and International Cooperation will be held to conduct a short-term economic plan for 2013/2014 and long-term master plans for 2022 to help support the nation’s economy.

“The short-term economic plan is aimed at increasing growth rate to 4% and investments to EGP 3.6bn, which I’m optimistic about,” Hannoura said.

The plans are also aimed at fostering employment for Egyptian youths.

Among the speakers at the summit was Minister of Industry and Foreign Trade Hatem Saleh, who hoped for a bright future for the construction sector despite political and economic obstacles.

“We’re also preparing for another 1,200 national projects, not to mention a massive project aimed at strengthening trade relations with Europe,” he added.

He also mentioned several international collaborations with countries such as Italy, from which investments are likely to pour in as a result of joint business ventures.

“Let’s not forget the new industrial area in 10 of Ramadan City and Badr, which is earmarked to attract Arab industrial productions, especially Syrian ones,” he continued.

Another project, organised with the ministry of housing, is set to expand Cairo’s Exhibition Land to Luxor, Alexandria and Sharm El-Sheikh.

Training projects are set to be conducted soon “not for the sake of training, but to allocate the skills we need in the areas that need improvement,” said the minister.

The minister announced flexible construction procedures and regulations to simplify the formerly complex rules, making it easier for the private sector to kickstart new projects with the unit.

“The government is doing its very best to overcome the financial and economic problems that the country is going through,” Hannoura said.

At the event, Minister of Transportation Hatem Abdel Latif gave a detailed presentation on activities and new projects in the Suez Canal corridor project.

“We are trying to impose flexible regulations to encourage the private sector to deal with us,” Latif said.

“The purpose behind the project is to create a regional and strategic logistical port to help distribute products and facilitate trade worldwide,” he said. “10% of the world’s products pass through the Suez Canal; it is imperative to bear this in mind.”

Later in the summit, Amr Hassanein, a professor at the American University in Cairo (AUC), led a panel discussion with Laurence Carter, director of the PPP transaction advisory board of the IFC, the EU’s delegate to Egypt Laura Garagnani, and European Bank Director for Construction and Development John Marquet.

“I would like to acknowledge the leadership that brought us all together; I congratulate the PPP for having a well incorporated vision,” Marquet said. “The question is how to attract investors to Egypt,” he added.

“For PPP, you need the right development and legal security standards and a country that has the capacity to understand legal problems and know how to deal with transactions. You also need to have a good reputation, that’s absolutely essential to get customers,” he explained.

Marquet stressed other areas needed to conduct a successful project with the PPP, including high-quality legal advice and trusted partners to finance the partners.

“All of this is critical to make the PPP project successful,” he said.

Marquet highlighted the IFC’s role in providing technical assistance, as it has funds that can it can use to support the tendering process.

“We can also offer equity, and here in Egypt we are looking at equity investments so we have the right mix of partners and investments,” he added.

Garagnani explained the role of the EU in Egypt. “The EU is not just a loaner, we’re a neighbour and partner to Egypt, and we try to help through our public diplomacy,” she said.

“We also promote independence of the regulatory bodies. The least we can do is share experiences through instruments, and the one that represents the bulk of our experience is the sector reform contract which is known as sector support,” she added.

Garagnani emphasised the importance of reducing poverty and unemployment and responding to the demands of the Egyptian people since the revolution.

“We’re also looking at interest. We’re ready to use the ‘neighbourhood investment facility’, which basically puts together grants from the EU and the loaners of the IFC.”

“In November last year, we organised the first aid with the Egyptian government, but of course this is not enough, because investors want to see more success stories,” she said.

On the stolen assets of former regime members, she said: “We cannot retrieve money if we do not have a solid trace of it, otherwise we cannot do this. We have assisted the Egyptian government, but on our part nothing was found.”

She also explained that the EU financial processes are complicated and well-regulated. “We have established a mechanism to allocate resources and in the EU we don’t have a box were you can throw your money in; we have a budget and it is a complicated process.”

“We have to be increasingly careful of how our money is spent. We don’t just send money without knowing how it will be used.”