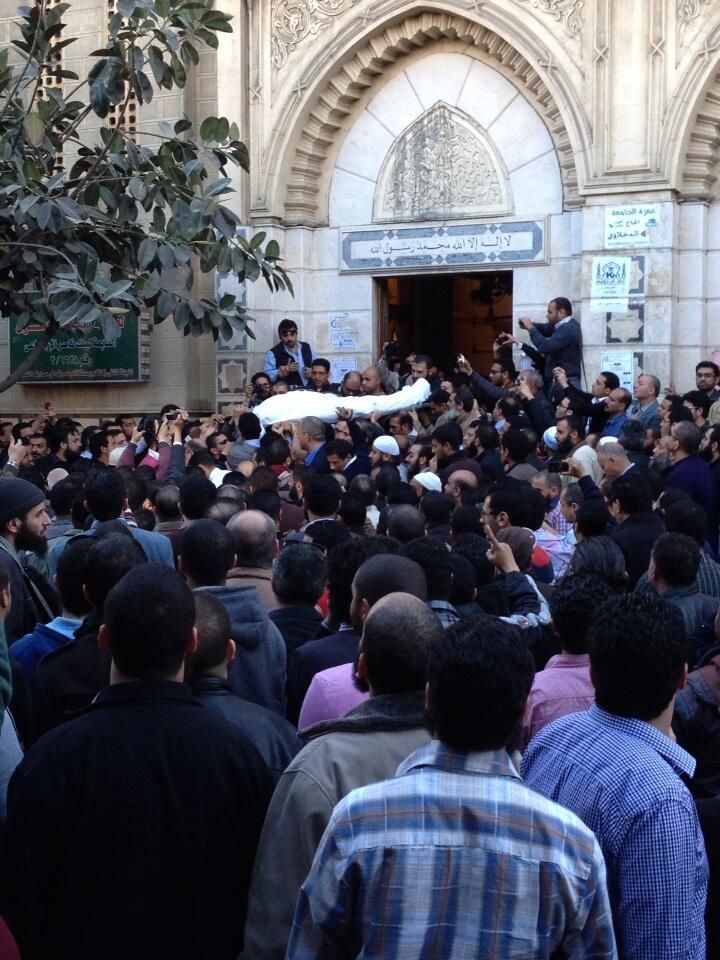 The funeral of Mohamed Yousry Salama was held in Alexandria on Sunday, attracting thousands of attendants. Salama, a political activist and Al-Dostour Party leader, passed away on Sunday morning at the age of 39.

The funeral procession carried his body, enshrouded in a white cloth, without a casket. The body was taken to the Omari mosque where his funeral prayer was held.

Salama lived and died in Alexandria. He recently suffered a stomach illness.

A dentist and an adherent of Salafism, Salama was born on 1 October 1974. He participated in the 25 January 2011 uprising that ousted former president Hosni Mubarak, at a time when Salafi preachers condemned the protests.

In the aftermath of Mubarak’s fall Salama joined the Salafi  Al-Nour Party and for a time was its official spokesperson. He resigned in August 2011 over differences with party leaders.

Salama then joined Nobel Laureate and opposition leader Mohamed El-Baradei, alongside other political figures, to form Al-Dostour Party, drawing criticism from many Islamists.

Although a Salafi, Salama’s writings indicated he believed Sharia could not be applied from the top down and should only be pursued after Egypt’s economic, political, and social problems were solved.

Salama’s death has resounded across Egypt.

“May God have mercy on Mohamed Yousry Salama and afford him a place in paradise. His love for his country, his strong moral fibre, his selflessness and his fight for the freedom and dignity of all Egyptians is an example to all of us,” ElBaradei wrote on his Twitter account.

“My brother,… and my teacher,” Bakkar wrote on his Twitter account. “I visited him yesterday… I did not know this was the last meeting.”

Funeral prayers will be held on Sunday in Alexandria’s Al-Omary Mosque after Asr prayers in the afternoon.