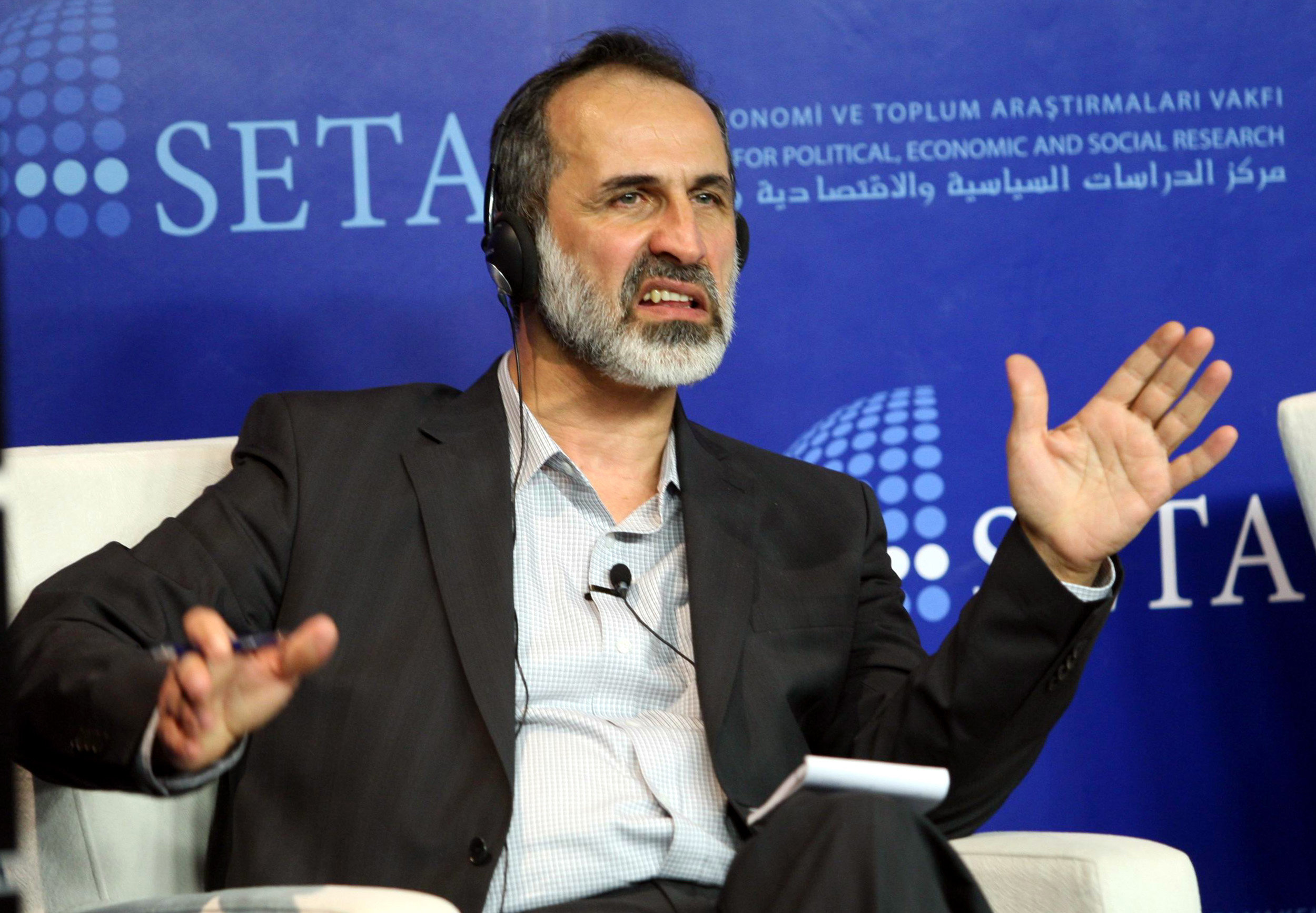 (AFP) – Syria’s opposition chief Ahmed Moaz al-Khatib has resigned from the National Coalition, a dissident group recognised by dozens of states and organisations as legitimate representative of the Syrian people.

“I announce my resignation from the National Coalition, so that I can work with a freedom that cannot possibly be had in an official institution,” Khatib said in a statement published on Sunday on his Facebook page.

The surprise resignation comes just days after the first election in Istanbul of a rebel prime minister, Ghassan Hitto, and just over two years on from the outbreak of a popular revolt against President Bashar al-Assad.

“For the past two years, we have been slaughtered by an unprecedentedly vicious regime, while the world has looked on,” Khatib said.

“All the destruction of Syria’s infrastructure, the detention of tens of thousands of people, the forced flight of hundreds of thousands and other forms of suffering have been insufficient for the international community to take a decision to allow the people to defend themselves,” he added.

“Our message to all is that the Syrian people alone will take their decision. I had made a promise to our great people that I would resign if any red lines were crossed. Today, I am honouring my promise,” Khatib said.

He had reportedly wanted to quit for some time, objecting to an interim premiership.

An aide to Khatib contacted by AFP last week before Hitto’s election said it was not yet confirmed that he would resign, but he that would step down if he felt he could no longer serve the country in his current post.