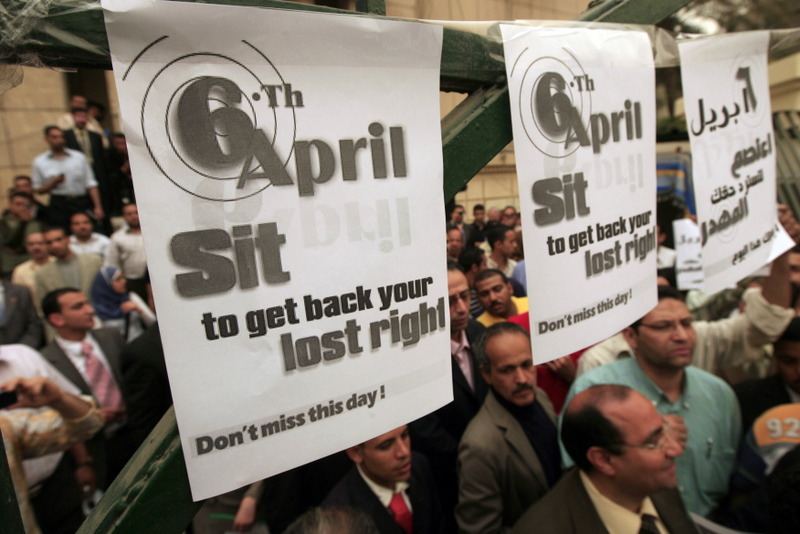 The 6 April Youth Movement (Ahmed Maher Front) announced on Monday it will organise demonstrations across Egypt on 6 April, the anniversary of its establishment, against the regime of President Mohamed Morsi.

Planned demonstrations include calling all political and popular groups to spread civil disobedience across Egypt starting from 6 April onwards, according to Sherif El-Rouby, member of the movement and activist.

The movement issued a statement on Monday, where it described the upcoming 6 of April as “the day of rage”.

“We waited for a long time and gave him a chance, but now we have nothing but increasing corruption, poverty, prices, unemployment, and thuggery,” the statement read.

“It is time to say ‘enough, Morsi, you violated all your vows’. There is no program to reform anything, and every day we witness the destruction of Egypt. 6 April 2013; the day of rage. Our power is our peacefulness.”

Khaled El-Masry, media director of 6 April, refused to describe the scheduled event as a protest, explaining that the day would witness huge opposition manifestations that are not necessarily protests. “All I can say for now is that we will not celebrate. We will hold a huge manifestation of opposition across Egypt’s governorates, but we won’t declare any more information now.”

Aya Abou Zeid, 6 April spokesperson in Sharqeya, said the details of the day are still being discussed among the movement. “We are still considering a few alternatives, but anything we plan will be completely peaceful.”

El-Rouby said the movement will hold meetings with several political groups before announcing the full details of the day. “What we agreed on so far is calling for civil disobedience until Morsi leaves power.”

The movement’s statement also criticised Morsi’s latest speech, accusing the president of defending the Muslim Brotherhood instead of attempting to unite national forces and end the current polarised political climate. “We wished that Egypt would be as we dreamed of during the 25 January Revolution, and we will never abandon our dream until it comes true,” the statement concluded.