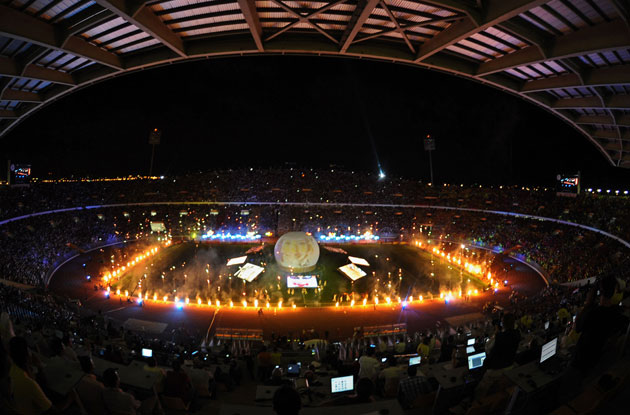 Mostafa Azzam, head of the investment unit at the Ministry of Sport, exhibited the ministry’s future plans to establish five sport cities in different governorates during the 2nd Annual PPP investment Summit in Cairo on Monday.

This was the summit’s second day and included a session discussing the use of Private-Public Partnerships to fund sports projects. Representatives of the Ministry emphasised the importance of sport for youth.

Azzam also talked about the sports excellence centre that will be established in the 6th of October City, a $90m investment that will include football pitches and other sports buildings.

The 6th of October City will also host the first stadium in west Cairo, designed in cooperation with a French cooperation and costing $800m.

The stadium will also provide investment opportunities for private sector companies that can exploit different spaces in the building to make projects.

Sport cities and international sport development centres will also be built in the touristic destinations Sharm Al-Sheikh, Hurghada, Aswan, Luxor and Al-Arish to allow for the promotion of sport tourism, stated Azzam. He added that the Olympic Centre in Maadi will also be renovated, with a nearby hotel developed into a five-star hotel to host athletic delegations.

“We want to forge partnerships with the private sector,” he concluded.

Saad Shalaby from the Ministry of Sport said there were currently some 625,000 employees in the sport sector, and there was a strategic vision to improve the infrastructure of sport to allow the hosting major sporting events.