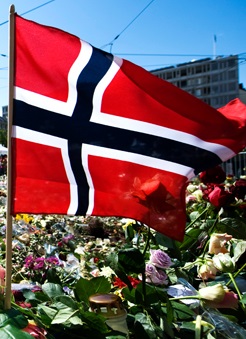 Tourist captured with an Israeli companion on Friday.

The kidnappers stated that they did not capture the tourists to claim a ransom, but to pressure Egypt’s security forces to release one of their relatives being held on what they referred to as “false and fabricated” charges. The captors added that the tourists would be released if their relative was released on bail.

So far negotiations have been unsuccessful, with a security official stating that efforts were underway to employ tribal sheikhs to convince the kidnappers to release the tourists, in exchange for promises from security forces to review the charges of the relative being held in custody.

The Norwegian tourist and his Israeli companion were kidnapped on Friday morning by masked men on the road from Taba to Dahab in the Al-Sa’al Valley in the city of Nuweiba. Captors kidnapped the tourists to pressure security forces to release a man captured recently in Egypt’s Al-Sharqeya governorate. The arrested man allegedly had a large quantity of drugs in his possession. The tourists were reportedly taken to a desert region in Central Sinai.

Sources close to the captors said that the tourists were located in a mountainous region of central Sinai, saying that messages were sent to their respective embassies informing them of the situation.

The captors said the tourists would continue to be held in an unknown location, and that they had been allowed to contact their embassies and relatives.