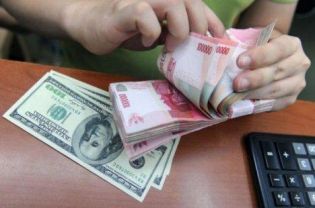 The legal and contractual challenges in Public Private Partnerships (PPP) were addressed on Monday at the executive panel discussion, held during the second day of the 2nd Annual PPP Investment Summit in Cairo.

Ashraf Shoukry, a Partner at Arab Legal Consultants, talked extensively about the PPP law and said that  it addresses all the issues that may concern the investor while affirming that “the state needs the investor and not vice versa”.

“We apply the same principles as in France and other European countries,” confirmed Shoukry, adding that before 2007 some Build Operate Transfer (BOT) projects had failed because of the inadequacy of the organisational framework, a situation avoided with the current law that “was designed to create a win-win situation”.

In the framework of PPP projects, the risks are divided between the state and the private sector, explained Shoukry. The partnership allows the investor to negotiate, and the foreign exchange rate fluctuation risk is normally borne by the private sector.

“It’s the psychology of the people that needs to be changed and not the law,” said Shoukry, noting that partnership is not only about regulations but it’s about achieving something on the ground.

Partnership law, according to Shoukry, is one of the financing channels available for the state, and it is subject to all the existing laws, such as the consumer protection law.

Pricing for PPP projects, he said, is the outcome of the agreement between the state and the private sector without affecting the end user, “which means that the state can buy the output of the project and sell it to the consumer at a lower price, in the form of subsidies”.

Ahmed Ismail from e-Finance spoke of the current economic circumstances in Egypt and wondered “when can Egypt get over this hardship?”

He then moved to talk about the infrastructure sector affirming its necessity for business as it is an attractive sector for investors: “Infrastructure also includes human resources and economic policies,” he said.

Ismail said the Ministry of Finance is currently making use of advanced payment methods like electronic payments. “The security of this method gives the investor confidence in the system, and the government doesn’t intervene in the relation between the client and the bank,” he said.

He also noted that some three million retirees currently use electronic cards to receive their pensions.

Hani Sarie-Eldin, founder and managing partner Sarie-Eldin and Partners, moderated the session and concluded by stating that the problem does not reside in the legal framework “but in the investment climate and culture”.

Sarie-Eldin moved to talk about the risk of repartition in PPP projects, wondering “who can bear the security issues and the political risks which have become increasingly important recently”.

In the past the state used to bear foreign exchange risk by committing to buy the outcome of the project with foreign currency, he said.

Sarie-Eldin emphasised the importance of the PPP culture pointing to infrastructure projects, which do not “directly deal with the public, but with the development of the investment culture”.  These companies can therefore handle distribution to end-users, he said.

He also talked about fundamental issues such as governmental weakness and the incapacity to take decisions that which must be addressed before tackling business risks.

He also mentioned that projects offered by the government in the majority of sectors, excepting PPP projects, are “mere ideas”, and not “fully developed projects”.