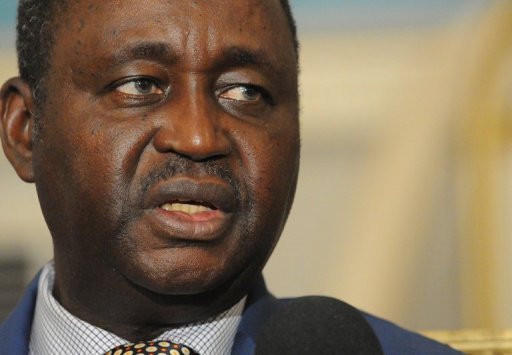 BANGUI (AFP) – Central African rebels seized control of the capital Bangui as the president fled, but promised to respect a January peace deal that provides for elections within three years.

Looters and armed gangs roamed the streets of the city and there were casualties as South African troops clashed with the rebels.

But after the fighters from the Seleka rebel coalition occupied the presidential palace Sunday they declared victory.

Seleka coalition leader Michel Djotodia told Radio France Internationale (RFI) they would respect the terms of a peace deal signed with the regime of Francois Bozize, the president they have just overthrown.

Opposition figure Nicolas Tiangaye, appointed prime minister of a national unity government formed as part of that deal, would remain in the post.

“I met Mr Tiangaye. We have spoken with him,” said Djotodia.

They would also hold free and fair elections within three years, as set out in the deal, he added. And he had not ruled out keeping some ministers from Bozize’s clan in the government.

“We are not here to carry out a witch-hunt,” said Djotodia.

UN chief Ban Ki-moon condemned their seizure of power, calling for “the swift restoration of constitutional order”, according to a statement from his office.

Rebel fighters resumed hostilities last week in the former French colony after they accused Bozize of reneging on the terms of the latest peace deal.

They moved into the capital overnight Saturday and on Sunday clashed with South African troops stationed there. South African Brigadier General Xolani Mabanga told the SAPA news agency there had been casualties, but he was unable to provide any figures.

The South Africans had been posted in Bangui to support the poorly trained, ill-equipped government troops.

Armed men roamed the city Sunday, looting homes, shops, restaurants and offices — including the premises of the UN children’s agency UNICEF, which Ban also condemned in his statement.

“They break down the doors and loot and then, afterwards, the people come and help themselves too,” said Nicaise Kabissou, who lives in a central district. Electricity supplies had been cut earlier in the weekend.

The International Committee of the Red Cross reported that injured people were flooding hospitals and medical centres in Bangui and requested secure access to the capital.

The whereabouts of Bozize, who himself seized power in a coup in 2003, remained a mystery.

One well-placed source told AFP he had left the country in a helicopter, but did not disclose his destination. French Foreign Minister Laurent Fabius confirmed only that he had fled Bangui.

Earlier Sunday, French President Francois Hollande had called on all parties in the conflict to form a government in accordance with the January peace deal. He also called on “the armed groups to respect the population”.

That call was echoed by the United States, which also expressed deep concern over “widespread reports of human rights abuses” by both sides.

Ban said he was “deeply concerned” by reports of violations of human rights. Those responsible would be held accountable, he added.

As the rebel forces arrived on the outskirts of Bangui on Saturday, France sent an extra 300 troops to back up the 250 soldiers already there to protect an estimated 1,250 French nationals.

January’s deal had already brought several prominent figures from Seleka, a loose alliance of three rebel movements, into the government.

But the agreement collapsed after the rebels said their demands, which included the release of people they described as political prisoners, had not been met.

Seleka first launched its offensive in the north on December 10, accusing Bozize of having failed to honour an earlier peace agreement.

They swept south, seizing a string of towns along the way and defying UN calls to stop before halting within striking distance of Bangui before agreeing to talks that resulted in the January peace deal.

Bozize’s legacy after a decade in power is a country riddled with corruption and mired in poverty, despite abundant natural resources that include uranium, gold, oil and diamonds.

The state, which has a population of about 4.5 million, has been unstable since its independence from France in 1960.

It endured a notoriously brutal period under self-declared emperor Jean-Bedel Bokassa, who was overthrown in 1979 in a French-backed coup.