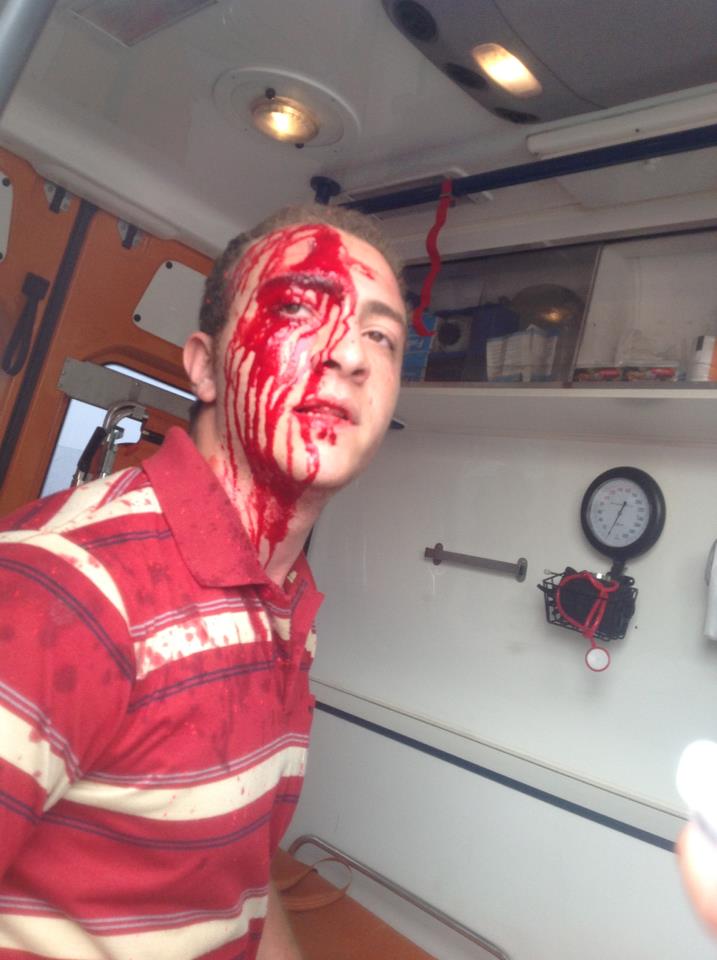 Violence escalated throughout the day on Tuesday at Misr International University (MIU) as students began retaliating to attacks by security forces.

Students gathered outside the university gates in the morning to protest the use of violence against them by police forces at a sit-in the day before injuring as many as nine students, according to MIU student Mena Alaa.

When news broke that student Omar Yassin had received a one-month suspension for his participation in demonstrations, the demonstrating students became outraged and attempted to enter the campus, Alaa said.

Security forces from an independently contracted security company then began attacking students with rubber bullets and rocks in addition to spraying them with fire extinguishers in an attempt to keep them at bay, student Haleem El-Sharani said.

The crowd of students began retaliating in anger against the security forces that in turn fought back as the violence escalated late into the afternoon. The university administration called for an end to the violence on both ends but neither side relented, according to Ahmed Nozahi, a member of the student union at MIU.

“It became a personal matter for everyone,” Nozahi said.

By late afternoon, the majority of the guards from the private security company had fled, leaving only 10 to guard the offices on the first floor of the administration building. However, several university security staff remained on campus.

One guard named Hassan was cornered by students who began beating him with boots, knives and sticks, nearly killing him, Nozahi said. Nozahi stepped in to stop the attack and was injured in the process. Hassan was rushed to the hospital by a university ambulance.

“I am totally against this violence,” Nozahi said over the phone while he ran from his angry fellow students. “I don’t care who it is, you cannot beat them to the point where they die.”

Security forces then left the campus amidst cheering from students. The administration also began to respond to the students’ demands, Nozahi said.

The director of the university’s security resigned while the administration promised to reduce Yassin’s suspension and modify the attendance policy per the students’ demands. The demands for Vice President Hamdy Hassan’s resignation have not yet been met, Nozahi said.

No one from the MIU administration could be reached for comment.