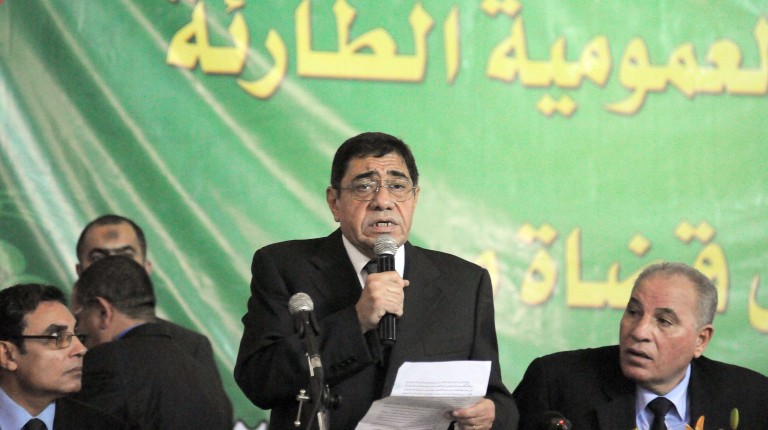 The verdict did not clearly state that Mahmoud should reassume his position, but several constitutional experts interpreted the verdict as returning Mahmoud to the position of Egypt’s prosecutor general.

The court’s verdict can be appealed before the Court of Cassation, Egypt’s highest litigation court.

Mahmoud refused to comment on the verdict, explaining that he needs to study the verdict before giving any statements to the press.

The verdict comes after the Administrative Judiciary Court ruled on Tuesday that it could not consider Morsi’s decision to dismiss Mahmoud as it was out of its jurisdiction. The court referred the case to the Court of Appeals, which then issued its verdict.

Morsi’s decision was part of his constitutional declaration issued on 22 November, which was strongly criticised by opposition and legal groups.

Mostafa Dwedar, spokesperson for the General Prosecution Authority, denied that the authority issued any comments on the verdict, affirming that the State Litigation Authority (SLA) is the only judicial body responsible for appealing the verdict, reported state-owned Al-Ahram. The SLA is the official judicial representative of the presidential and executive branch, which is responsible for filing complaints and lawsuits on their behalf.

Mohamed Taha, head of the SLA, said the authority will study the verdict before taking any decisions, reported state-owned Al-Ahram.

Constitutional expert Ibrahim Darwish described the verdict as “a victory for the state of law”. He added that the verdict should be implemented immediately, calling on Abdallah to resign.

Mohamed Nour Farahat, a legal and constitutional expert, said the outcome was predictable. He explained that the verdict implements Article 119 of the judicial authority law, which grants the prosecutor general impunity against dismissal. He added that the rest of Morsi’s decisions stated in the constitutional declaration of 22 November 2012 remain in force, as they were not mentioned in the most recent ruling.

Nasser Abdel Hameed, a member of the Al-Dostour Party, commented on the verdict by saying the revolutionary youth want an independent prosecutor general instead of either Abdallah or Mahmoud.