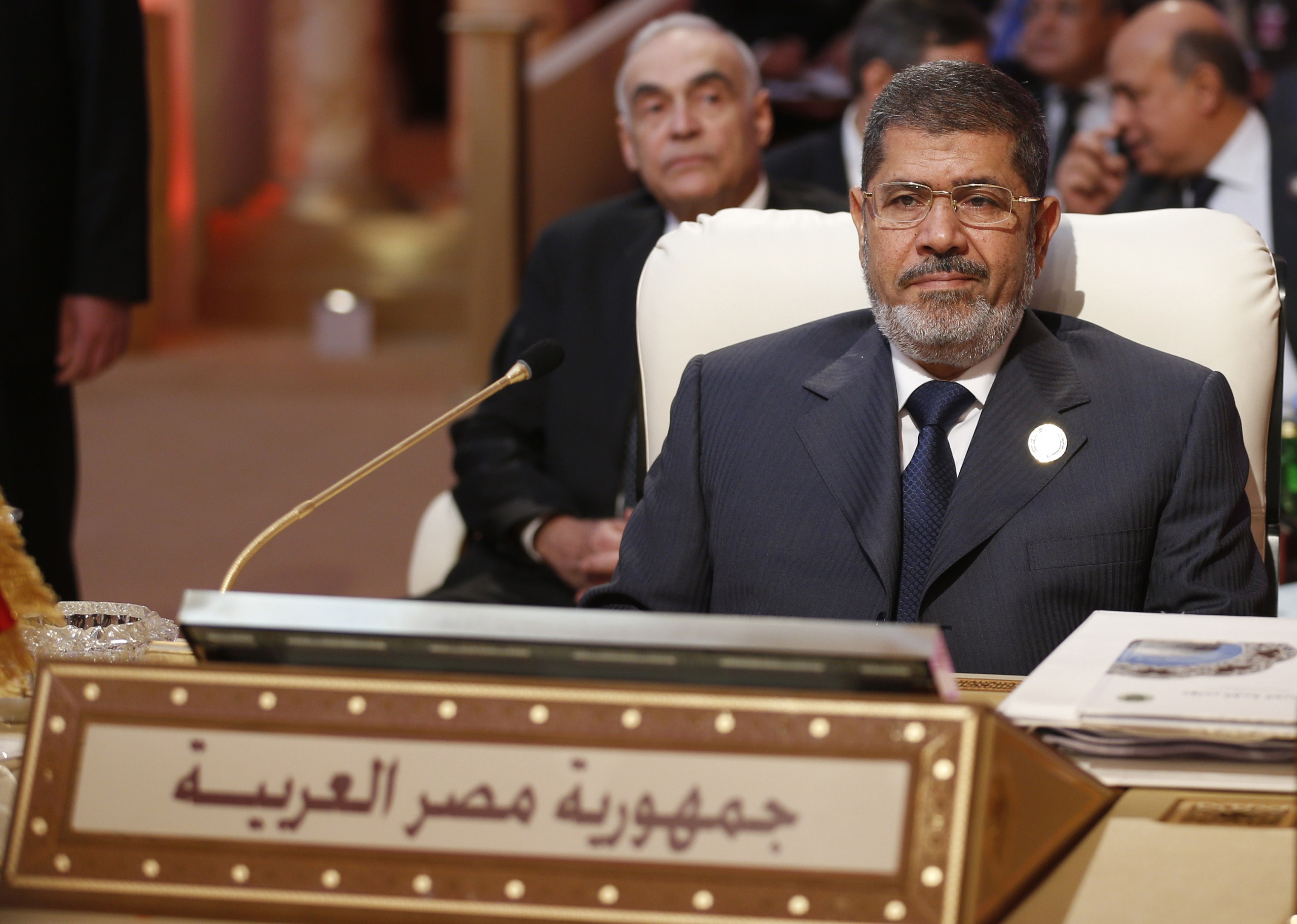 President Mohamed Morsi announced that elections for the House of Representatives, Egypt’s lower house of parliament, will most likely take place in October.

The announcement came as Morsi held several bilateral meetings with leaders and ministers from across the Arab world during the 24th Arab Summit of the Arab League on Tuesday in Qatari capital Doha. His meetings focused on bilateral trade agreements and investments with countries such as Qatar, Libya and Iraq.

During a meeting with members of the Egyptian community in Qatar Morsi announced the House of Representatives election will take place before the end of the year, likely in October, state-owned news MENA reported. Morsi told the community that he expects the draft elections law currently being discussed in the Shura Council to be completed and sent to the Supreme Constitutional Court within the next two weeks.

Morsi also told the expatriate community he intends to establish a consultative council comprised of expats and expects the first meeting to take place in Cairo soon. He also said that Egypt will not collapse, adding that the country faces a golden opportunity despite great challenges.

According to one press release Morsi and the Emir of Qatar Hamad Bin Khalifa Al-Thani spoke at length on ways in which Egypt could attract Qatari investments and promote trade between the two nations through revitalising Egypt’s exports.

Morsi also met with Libya’s Prime Minister Ali Zeidan. The two spoke of increasing the contribution by Egyptian companies in the reconstruction of Libya, and the problems faced by Egyptians living in the country. In his meeting Morsi expressed a desire to see Libyan oil exported to Egypt.

Morsi had received the invitation to participate in the summit earlier this month and is said to be eager to formally join the group of nations.

South Africa’s President Jacob Zuma addressed the attending nations at the gala dinner Tuesday night, saying the bank would be “a vehicle for cooperation with other emerging markets and developing countries in the future.”

Morsi will meet with Russia’s Vladimir Putin and China’s newly-elected president Xi Jinping to discuss bilateral relations and regional issues such as Syria.

According to a press release from the presidential spokesman, Morsi intends to discuss ways to enhance cooperation with African nations and the BRICS bloc. He is also scheduled to hold talks with members of the African Union’s New Partnership for Africa’s Development (NEPAD) to discuss a number of issues and challenges facing the African continent.

NEPAD is an African Union programme adopted in 2001 aimed at providing a framework for accelerating economic cooperation and integration among African countries.