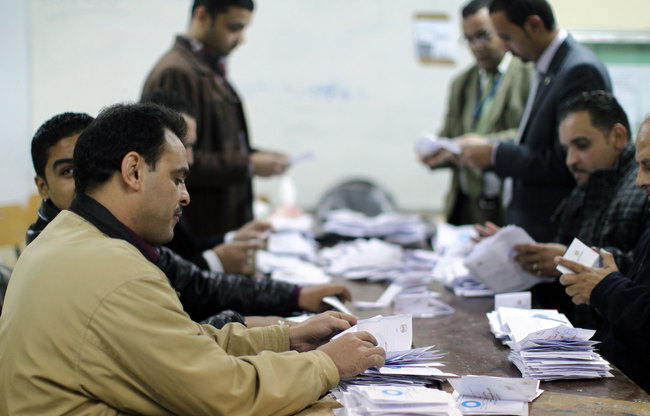 In an unprecedented move, the State Litigation Authority (SLA) said it is calling on the Egyptian public for support.

The SLA held a presser on Wednesday rejecting the Supreme Administrative Court’s 24 March decision to postpone an appeal the authority had handed against the Administrative Judiciary Court’s decision to suspend the House of Representatives Elections.

The elections were originally scheduled to begin in April.

The Supreme Administrative Court postponed the appeal to 7 April until evidence is provided that the presidency, Shura Council and Ministry of Justice approve the appeal.

The Administrative Judiciary Court suspended the elections after it suspected that the election law was unconstitutional, referring the law to the Supreme Constitutional Court for review.

On 13 March, the SLA appealed the court’s 6 March decision to suspend the elections.

Although the presidency said it would uphold the court’s decision to suspend the elections, it released a statement one day after the SLA’s appeal demanding legal explanations as to whether or not President Mohamed Morsi’s call for elections is considered an executive decision, which cannot be overturned by a court.

Vice President of the SLA Salah Abdel Aziz described the president’s decision to call for elections as an executive decision. He added that the authority has the right to appeal or not to appeal the court’s decision.

Judges in the SLA said they appeal court rulings that are flawed. “Politics is one thing and judiciary is another thing,” one judge said.

The SLA, which is the legal representative of the presidency and executive branch, said in an earlier statement that it is the only authority that can appeal a court ruling and that no state body including the presidency has to give an approval before it can appeal a decision before courts.

The SLA said it will confront any decision that affects its independence.