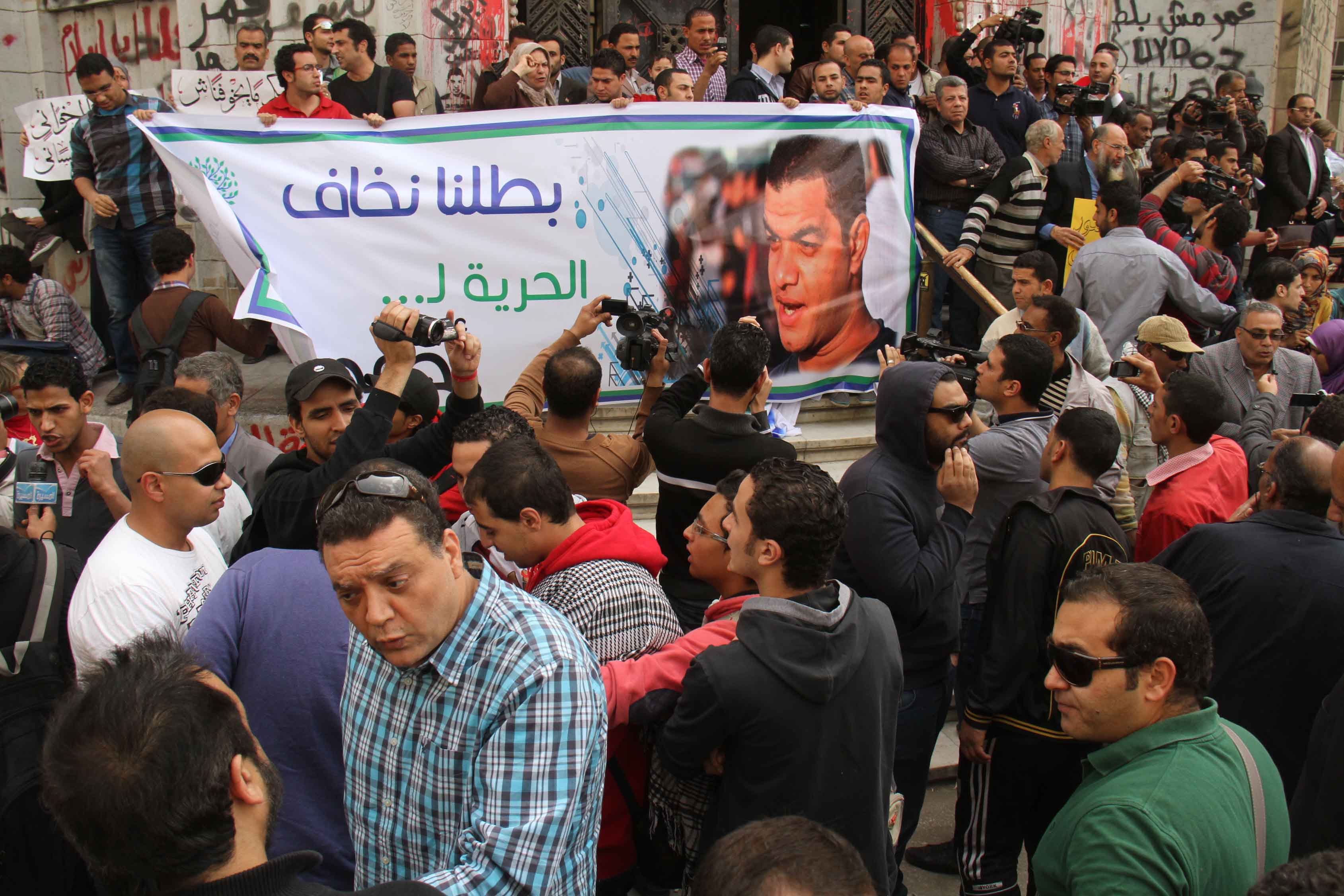 The Lawyers Syndicate announced it will do everything within its power to defend the activists who recently received an arrest warrant from the Prosecutor General for their role in allegedly inciting violence during clashes at the Muslim Brotherhood headquarters. The statement comes from the Syndicate’s Rights and Freedoms Committee, which decided to form a group of lawyers to lead the defendants’ case before the judicial authorities.

The Committee said in a statement it welcomes the verdict handed down by the Cairo Appeals Court which overturned President Mohamed Morsi’s presidential decree appointing Tala’at Abdallah to the position of Prosecutor General last year.

The Committee said the ruling is “a victory for the principle of independence of the Egyptian judiciary” and will correct the errors by returning the rule of law and upholding the value of the judiciary.

The Committee also said it calls for respect for the legality of the ruling and its immediate implementation to restore the rule of law. The Committee denied that it has ever worked in opposition to any public figure, “national, political or revolutionary,” on the grounds that such actions would not be consistent with the principles or history of the Committee.

Five prominent activists were called in by the Prosecutor General Tala’at Abdallah, who on Monday issued arrest warrants for them on the grounds that they allegedly incited violence during the Moqattam clashes. Alaa Abdel Fatah, Ahmed Doma, Ahmed Ghoneimy aka Ahmed El-Sahafy, Karim Omar aka Karim El-Shaer, and Hazem Abdel Azim were called before the prosecutor earlier this week.

Abdel Fattah handed himself in for investigation but refused to answer questions, saying he does not recognise the Prosecutor General’s legitimacy. He was released but is now facing a trial for allegedly attempting to burn down the campaign headquarters of former presidential candidate Ahmed Shafiq during the second round of elections last year.

Following the Moqattam violence the President threatened to take action against anyone involved in the attack on the Brotherhood headquarters. Morsi said the current unrest is not a manifestation of the 2011 revolution and those responsible, regardless of their political affiliation and rank, will be brought to justice.

The opposition and human rights groups and Syndicates have criticised Morsi for overlooking crimes committed by his own group but condemning the opposition’s actions.