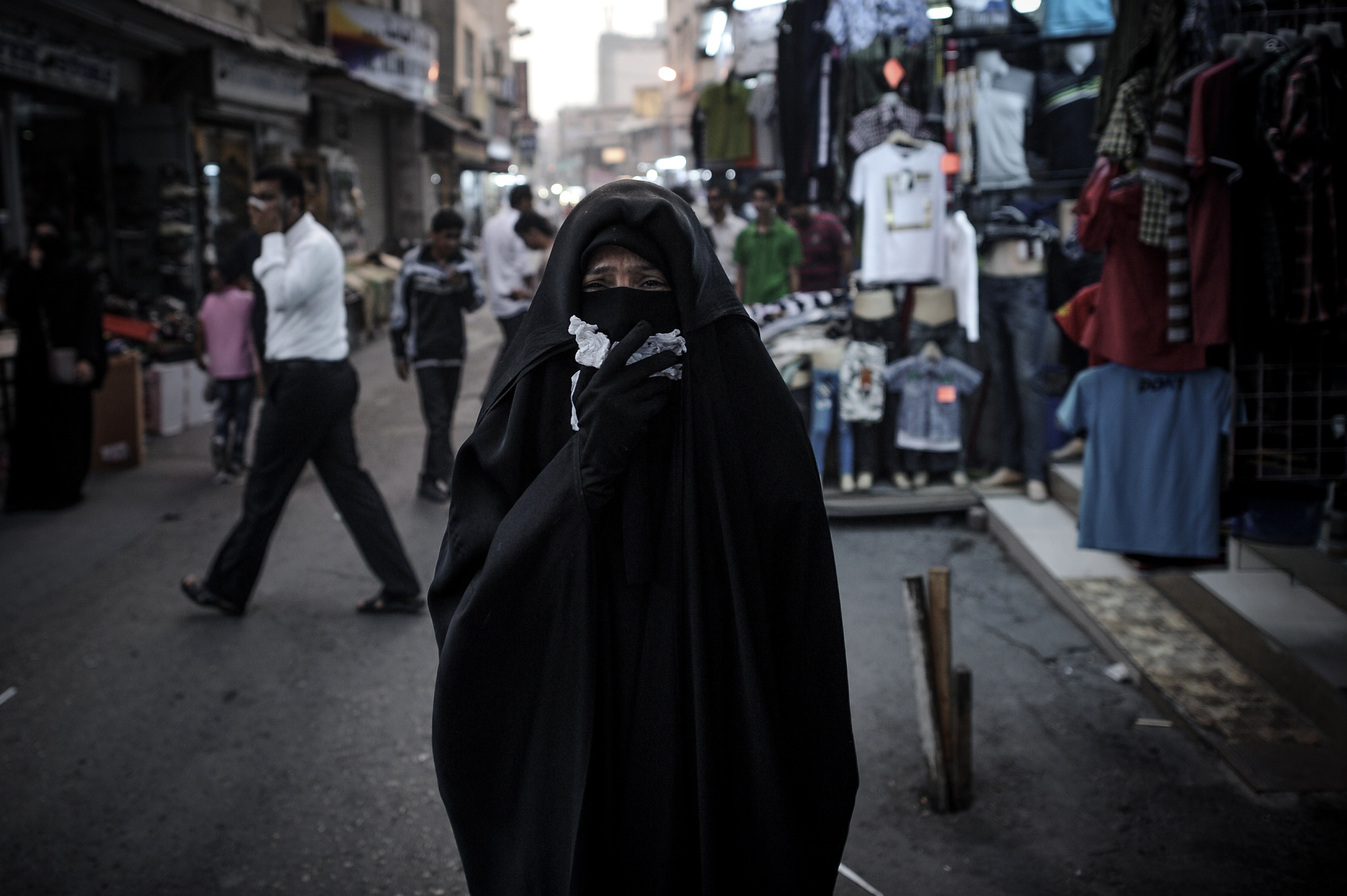 (AFP) – Bahraini police used tear gas and sound bombs to disperse hundreds of protesters who took to the streets of Manama on Friday to demand the overthrow of the Sunni-led regime, witnesses said.

The protests came a day after Bahrain’s main Shiite opposition group Al-Wefaq warned of fresh protests across the kingdom unless a national dialogue with the regime leads to real reforms, namely a constitutional monarchy.

“A peaceful revolution for reforms is our choice,” Al-Wefaq chief Sheikh Ali Salman told a party congress late on Thursday in the village of Saar, near Manama, according to a statement received by AFP on Friday.

Witnesses said hundreds of people, responding to calls issued on social networks, took to the streets: “The people want the fall of the regime” and “Down with (King) Hamad.”

“The people will continue to struggle for their demands no matter what the challenges, obstacles or the price to pay, in order to achieve their legitimate right” to see a constitutional monarchy in Bahrain, Salman said in the statement.

Al-Wefaq entered a national dialogue with the government last month aimed at resolving the political deadlock in the Shiite-majority kingdom, but the talks have been dogged by disagreement between the two sides.

Bahrain has witnessed two years of political upheaval linked to opposition demands for a constitutional monarchy, with the unrest claiming at least 80 lives, according to international rights groups.

The talks, launched on February 10 just four days before Bahrain marked the second anniversary of the February 14, 2011 uprising, are being held twice a week between government and opposition representatives.

Salman dismissed the importance of the talks held so far, saying the sessions were merely a “preparation for” real dialogue with the government.

“The negotiations will begin when we broach our key demands, including an elected government,” he said, reiterating Al-Wefaq’s position that the outcome of the talks must be submitted to a vote by referendum.

“We want to go from a political tribal system in which one family controls almost half of all ministerial posts, to a system in which the people will be the source of power thanks to free elections.”

The opposition has repeatedly denounced the Sunni Al-Khalifa monarchy, saying it “monopolises all powers”.

Prime Minister Sheikh Khalifa bin Salman al-Khalifa, an uncle of King Hamad, has been in office since 1971.