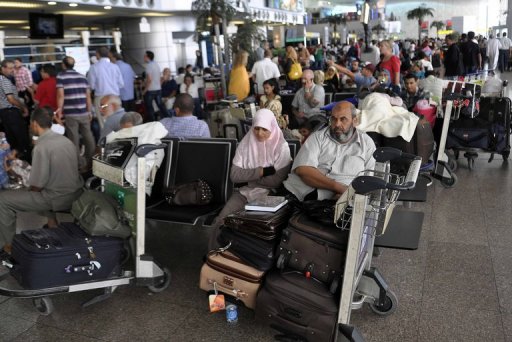 The ministry released a statement in response to reports that the airport will close down, saying: “Only one runway in Terminal 3 will close down from 1:30 till 5:30 am, due to the low number of flights at this time.”

Minister of Aviation Wael al-Maadawi has reported that the airport will close most of its runways for four hours each day.

“Cairo International Airport will close for four hours daily starting on 1 June while one runway will be kept open to receive any flights during those hours,” the state news agency quoted him as saying on Saturday.

The minister stated that the closure should not have any impact on air traffic since there has been a reduction in the number of flights, leaving some runways unused.

“The minister was studying the decision for some time, but this is only one terminal. The airport itself will operate normally,” Ministry of Aviation spokesperson Hani Adawi told Daily News Egypt.

An employee at the ministry, who spoke on the condition of anonymity, said that the decision has been made “to save power” as the summer approaches.

“The decision came after a detailed study that found the airport had seen a huge reduction in traffic in the past two years,” the minister said.