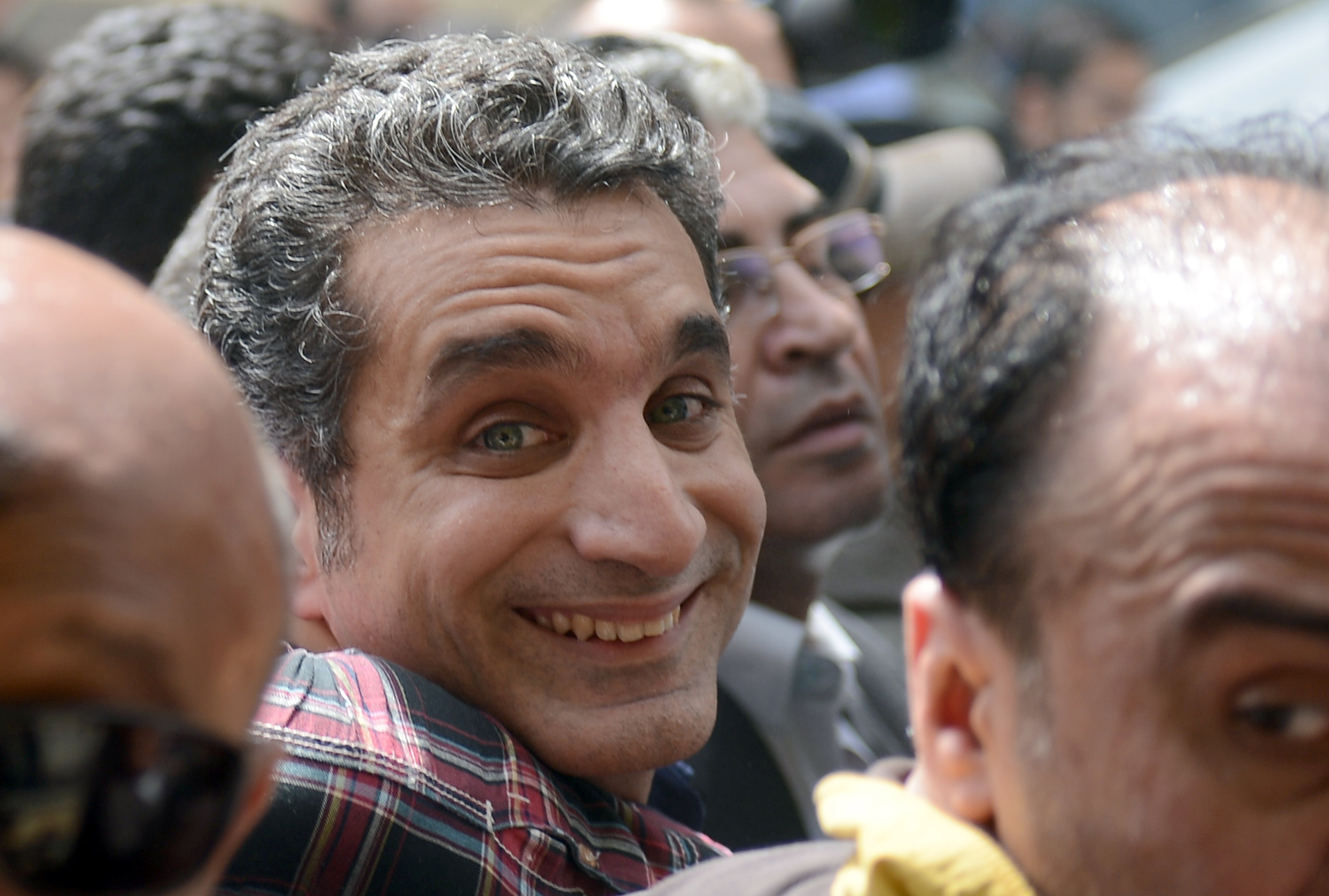 Satirical TV host Bassem Youssef presented himself for investigation at the High Court in central Cairo on Sunday morning.

Youssef arrived at the court and stood on the steps outside Prosecutor General Tala’at Abdallah’s office. He donned a giant replica of a hat worn by President Mohamed Morsi when he received an honorary doctorate degree from a Pakistani university earlier in March. Youssef had used the hat as part of his CBC show ‘Al-Bernameg’.

Youssef was not able to enter the court house through the main entrance due to a blockade set up by the 6 April Youth Movement on Monday night. Youssef had to walk around to the other side of the court while being followed by approximately 100 people, a mixture of fans and media personnel.

He eventually entered through the court’s back entrance, where there were around 30 riot police on the other side of the gate. When officials saw Youssef they opened the gate and he went inside to be questioned by Abdallah’s office.

Youssef posted Tweets from inside the High Court saying that people working at the court were asking for photographs with him and he speculated that this was the reason he was summoned. He has since deleted the tweets.

Youssef was summoned to present himself for investigation on Saturday by the prosecution. He could be imprisoned while the investigation into the charges against him continues. Youssef has repeatedly criticised Morsi and the Muslim Brotherhood on ‘Al-Bernameg’, which has caused controversy in the past. It is still unclear who filed the complaint against Youssef.