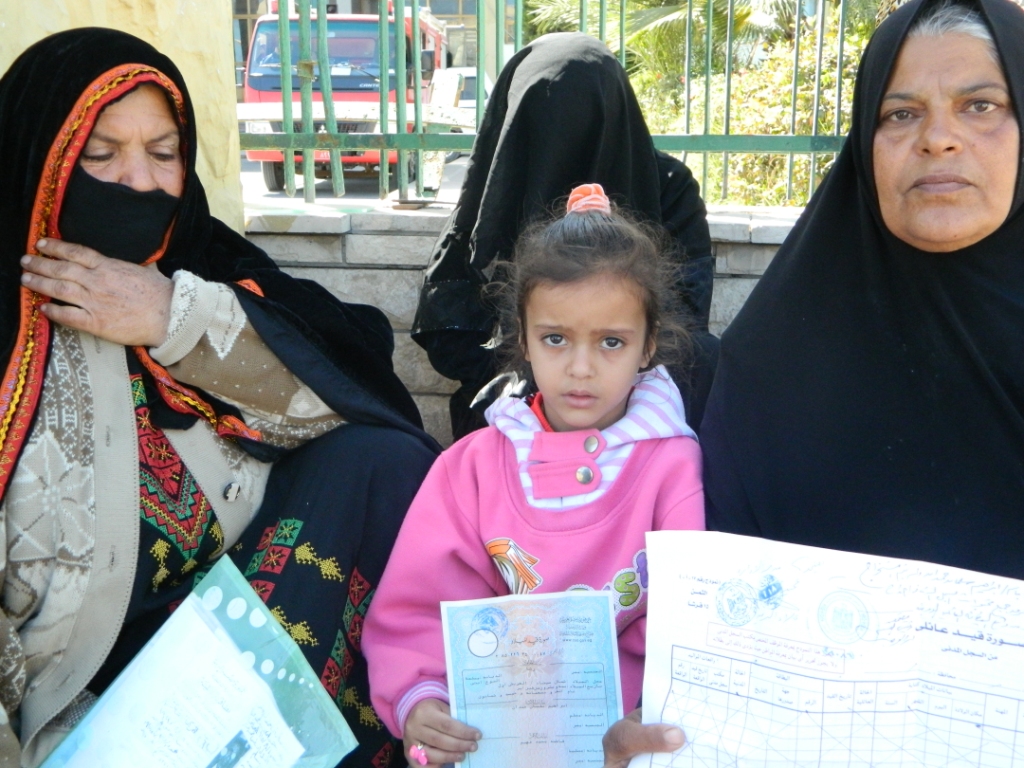 A family of Bedouins renewed their sit-in on Sunday morning in front of the North Sinai Public Office, demanding that authorities reinstate their Egyptian citizenship. Qa’awud Al-Malahi stated that six family members, all brothers, had had their citizenship revoked six years ago by the Civil Status Authority (CSA), a punishment which was then extended to their 40 children.

One of the women whose citizenship was revoked stated that this was done in response to the actions of one family member who had previously refused to cooperate with authorities working at the CSA in Al-Arish. She added that when she and others demanded that their personal documents, which had been confiscated, be returned, that authorities demanded that the family members first prove that they were Egyptian citizens. She added that as a result of their citizenship being revoked, their children had been unable to obtain identity cards, while other family members were unable to find work or travel to Cairo to receive treatment for illnesses and diseases.

The family previously engaged in a similar sit-in last week, which ended with North Sinai’s Vice Governor Adel Qatamish promising the family that their demands would be addressed by the necessary authorities and that they would soon have their personal papers and identity cards returned to them. Family members stated however that until now nothing had been done, and that for this reason they decided to renew their sit-in.

The issue first began in 2006 when one family member who had been imprisoned for several months refused to work as an informant for state security forces, saying that it went against his family’s customs and traditions. As a result, the family was called into the CSA offices in Al-Arish and asked that they turn over their identity cards and all other personal documents. Family members reiterated that when they asked that such documents be returned, authorities told them to first prove that they were in fact Egyptian citizens.