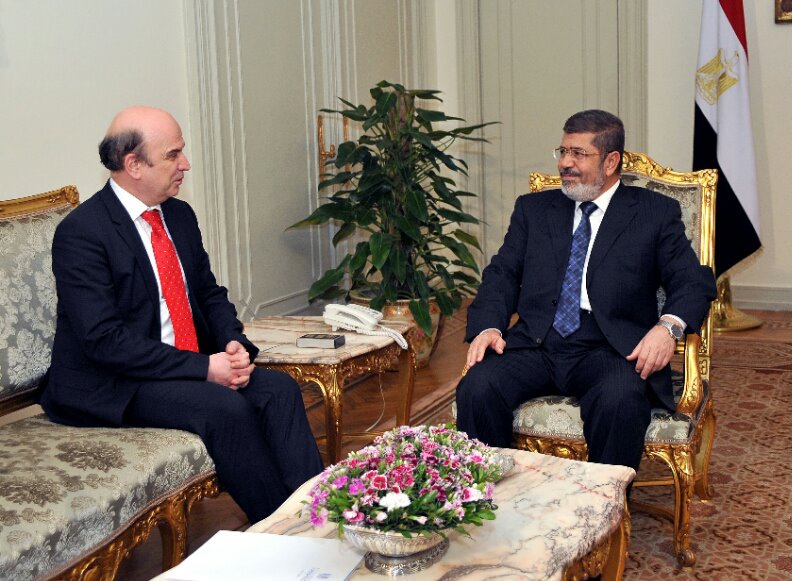 According to a press release from Panariti’s office, his meetings revolved around exchanging views on foreign policy, the promotion of political dialogue and a further deepening of cooperation in areas of mutual interest.

In his meetings with Qandil, Panariti emphasised the need for more frequent high-level visits. Both parties discussed ways to improve cooperation in the fields of economics, trade, education, culture and science. Panariti said the Albanian government encourages Egyptian investments in Albania in the fields of energy, tourism, agriculture and transport and is assessing the possibility of establishing direct flights between the respective capitals.

Panariti also praised the transition “being undertaken by the Egyptian government towards the democratisation of the country and the consolidation of the rule of law,” adding that Albania “could serve as a model of tolerance and interfaith harmony”.

Panariti told Qandil he was grateful for the support Egypt has given Kosovo in its struggle for recognition and independence, adding that he hopes to see Egypt formally recognise Kosovo.

Qandil said in return that the government is seriously considering the recognition of Kosovo, adding that it is a gradual process.

In his meeting with Kamel Amr, Panariti signed a cultural, technical and scientific cooperation agreement. The ministers said both nations are willing to continue to develop cooperation in all fields of mutual interest. Albania requested increased economic cooperation in commerce, renewable energy, agriculture and tourism specifically.

The recognition of Kosovo and the situations in Syria and the region in general were topics of discussion between both parties.

Panariti’s meeting with Morsi was similar to those conducted with Kamel Amr and Qandil. Both parties expressed gratitude for the long-standing relations between the two nations and Panariti congratulated Morsi and the Egyptian people on the democratic reform being undertaken, noting “the great potential for cooperation”.

Morsi addressed the Kosovo issue by saying Egypt is interested in the stability of the Western Balkans and has therefore established cooperation with Kosovo. Morsi told Panariti that Egypt follows the top-level negotiations between Kosovo and Serbia “with great interest” and hopes an agreement is soon reached between the parties. He also added that the recognition of Kosovo is expected to be formalised shortly.

The meeting ended with an invitation for Morsi to visit Albania which, according to the Albanian Ministry of Foreign Affairs, was accepted.

Panariti is scheduled to fly to Jordan next, followed by Lebanon.