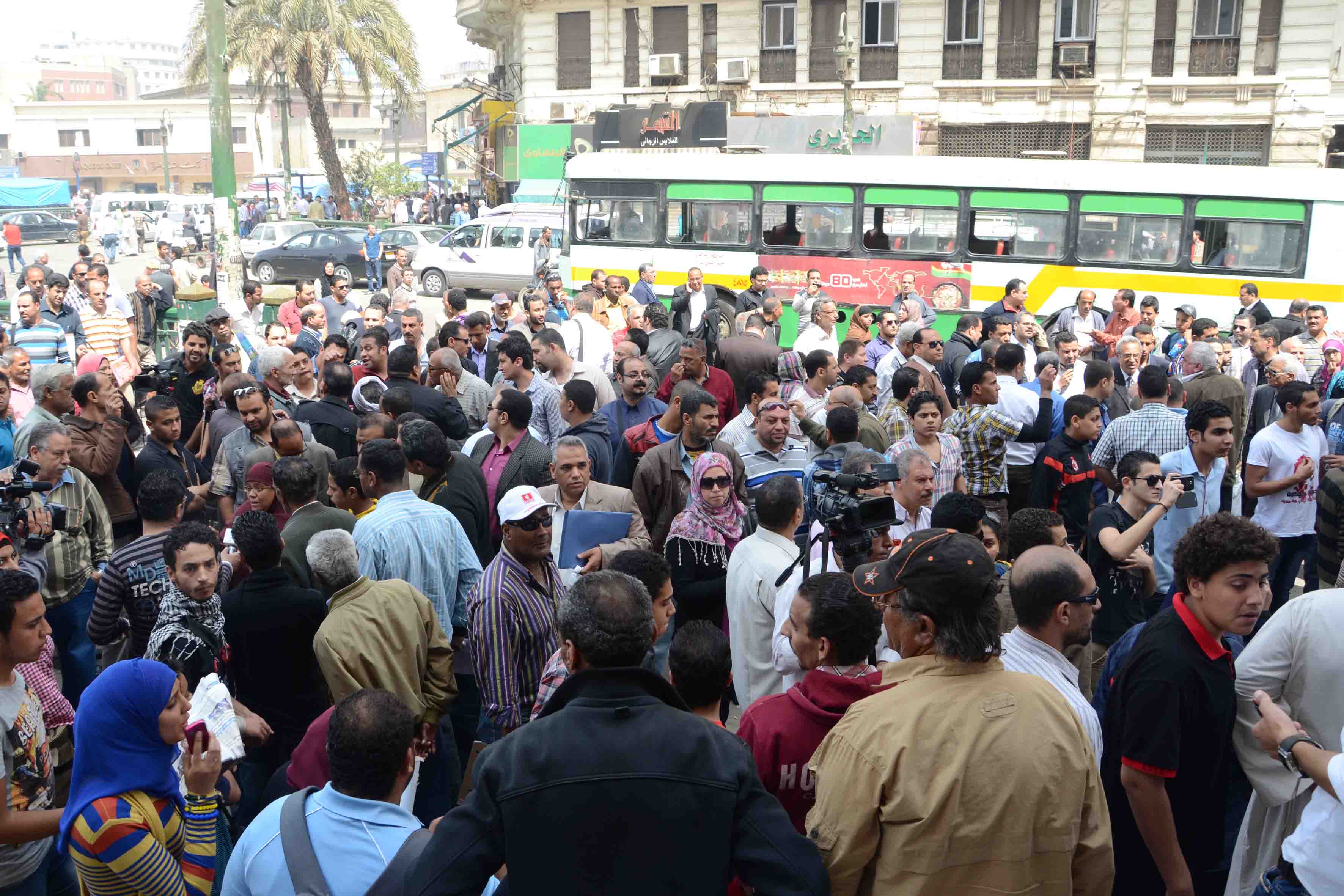 A court in New Cairo ruled on Monday to renew the detention of four members of the 6 April Youth Movement for a further 15 days.

The group’s media director Khaled El-Masry said that the group are pursuing legal means of appealing the decision. Since the four were detained last Friday, 6 April have been trying to find out where they are being held and have still received no official information.  El-Masry said that the defendants were driven directly in and out of the court and were not allowed to make contact with 6 April members.

The group announced their intention to protest outside the court on Monday and approximately 50 members, including the group’s coordinator Ahemd Maher, arrived at the heavily-guarded court, reported El-Masry. “The trial should have been in Nasr City but the location was changed as the New Cairo court has better security,” he said.

El-Masry believes that this case is not a simple legal procedure. “It is not a legal matter, but a political one. They are trying to make an example of these members and trying to keep us busy in the lead up to the 6 April anniversary. They have nothing on the guys,” he said. He added that on its anniversary, the youth movement will protest rather than celebrate.

The group began a sit-in outside the High Court on Saturday night to call for the release of its members. The movement claims men attacked the sit-in with “knives and Molotov cocktails”.

The four members were detained at a demonstration outside the house of the Minister of Interior Mohamed Ibrahim. The group threw ladies’ underwear at the police guarding the house and the house itself, accusing the ministry of being a “prostitute for all regimes”.